A LOOK BACK AT OUR HISTORY-MAKING, 2021 RANKED-CHOICE ELECTION 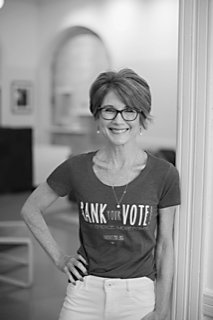 Jeanne Massey is the FairVote MN Executive Director, and a Kingfield resident.

The 2021 city elections in Minneapolis were historic. We had record-setting turnout, the highest for a municipal election in over 45 years, and elected a city council that has, for the first time in history, a majority of members who are people of color. The council elected Andrea Jenkins as council president, the first openly transgender, Black woman to take a critical leadership position.
With the rise in attacks on democracy, this success in Minneapolis is something to be celebrated. Our city’s strong local democracy is not an accident. City residents made the decision 15 years ago to adopt Ranked Choice Voting, and while multiple factors contribute to our robust local democracy, RCV is a prominent factor in this success.

Turnout was historic
I have worked on Minneapolis elections educating voters about RCV and as an election judge since 2009 when the system was used for the first time. I have witnessed the benefits of RCV, and last year’s election, despite the challenges of the pandemic, underscored its advantages more than ever. Turnout was up significantly, the elections ran extremely smoothly, winning candidates won with broad coalitions of support, and the city’s elected officials are more reflective of our diverse communities.
The surge in Minneapolis turnout in 2021 was due in part to a diverse slate of candidates and robust, highly competitive campaigns. None of these competitive multi-candidates races, including the mayor’s race, would be possible without RCV. Under the old primary system, all but the top two candidates would have been eliminated after the early August primary, while others may never have run in the first place, without the leveling opportunity that RCV allows.
More than 145,337 voters came out to cast a ballot in Minneapolis, a turnout of 54 percent, up from 43 percent in the last election cycle. Since Minneapolis began using RCV in 2009, the city has experienced a steady and significant increase in voter turnout.
While the public safety ballot measure certainly impacted turnout, the robust competition and wide array of candidate choices made possible by RCV, as well as elimination of the primary, helped drive this surge in voter participation. Indeed, there were more votes for mayor than for the ballot measure.

Historic diversity
RCV fosters more inclusive and representative elections, and Minneapolis city leadership is more diverse than ever before. Women represent a majority of the council, and for the first time in history, people of color represent a majority on the council, as well. The second Somali-American elected to the council was reelected, and the second Latino member and the first Pakistani member were elected in 2021. Women also represent seven of nine park board seats. Women and people of color ran competitively in nearly every race, and a woman or person of color won 76% of the seats up for election.
This diversity is not an accident. By eliminating low-turnout, unrepresentative local primaries, a source of structural inequity, RCV encourages a diverse spectrum of candidates to run and win. Under RCV, multiple candidates appealing to the same community or similar bases of voters can run without fear of splitting the vote.

Voters like RCV and find it easy to use
Voters are proficient in using RCV: 73% of all voters ranked a second choice in the mayoral race, and 88% of voters who chose someone other than the incumbent ranked their ballots. This demonstrates that voters understand the power of RCV, ranking when they believe that their favorite candidate may be eliminated in the runoff and that their second and third choices will matter.
Edison Research exit polling of Minneapolis voters shows that RCV is popular and well understood. An impressive 88 percent of Minneapolis voters – across all incomes, ethnic groups, and ages – said that RCV was simple to use, and overwhelming majorities of voters like RCV: 76% of all voters want to continue to use RCV in future municipal elections, and 69 percent would like to see it used for state elections.
As the numbers show, the 2021 ranked-choice elections in Minneapolis – one of the more than 30 cities using RCV across Minnesota and nationwide – were a resounding success. I will be working, along with thousands of RCV supporters across the state, to bring this promising reform to our elections statewide. Please join our movement for a stronger democracy at https://fairvotemn.org/volunteer/.