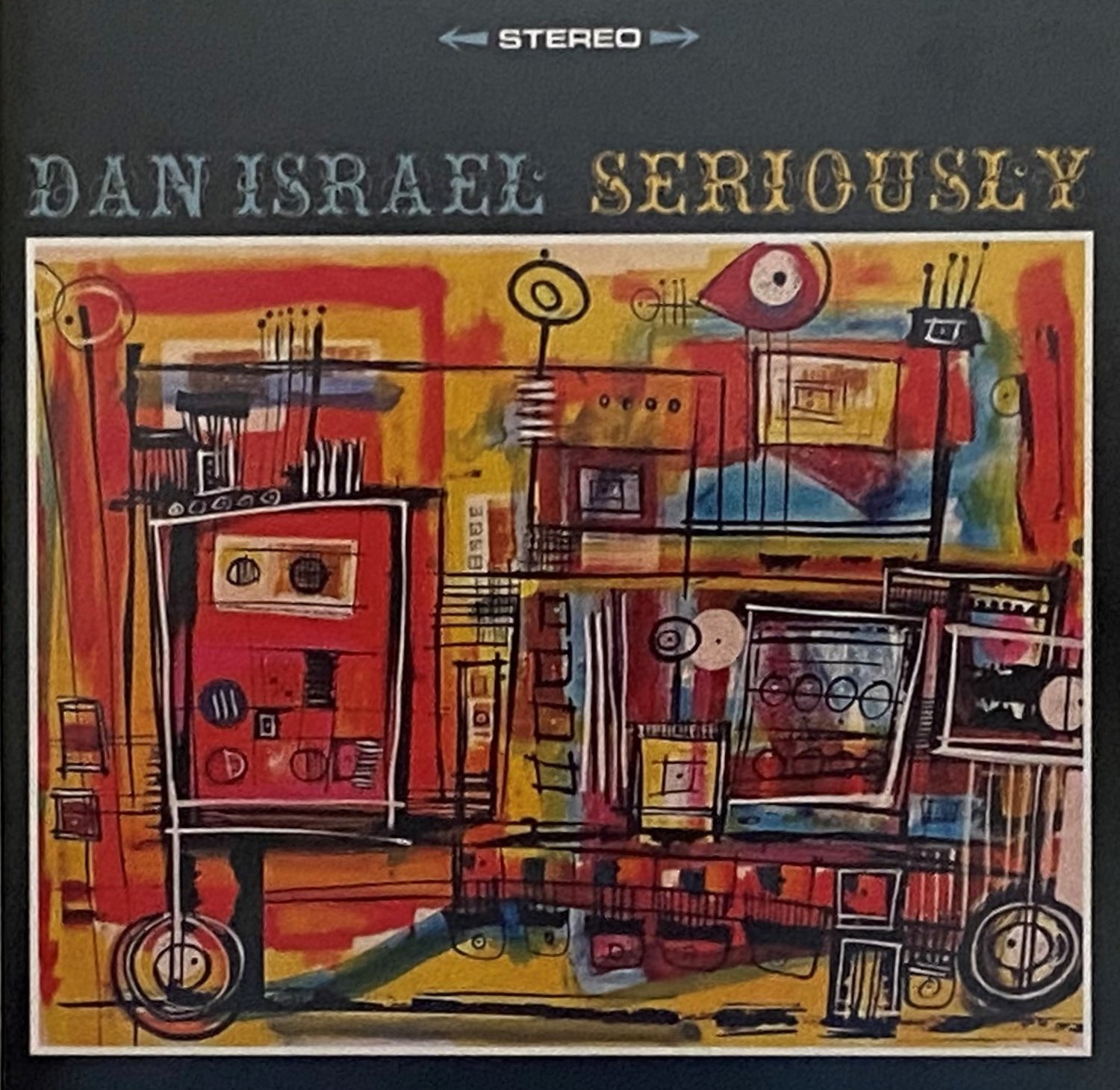 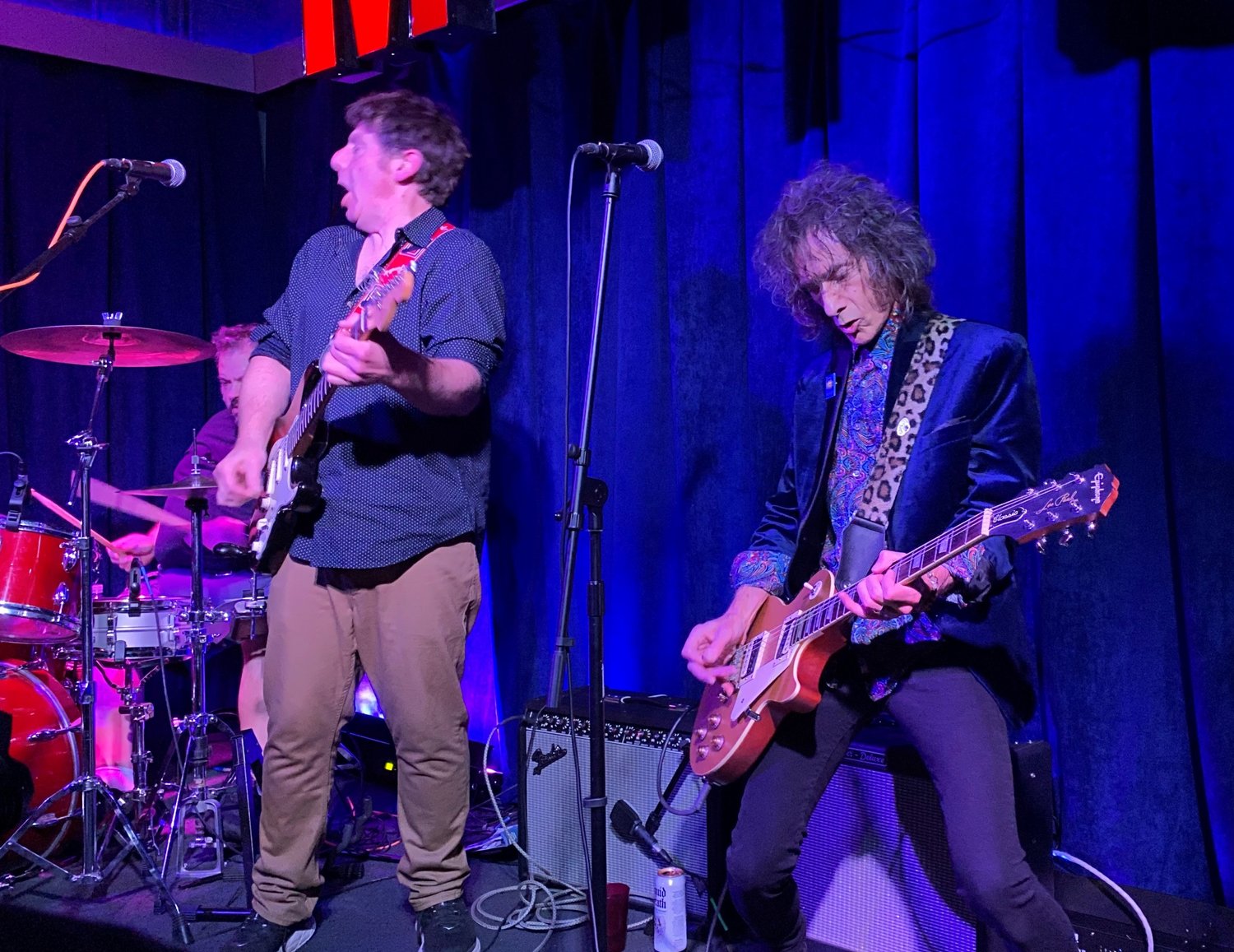 Dan Israel celebrates the release of his 17th album, “Seriously,” at a show at the Hook and Ladder.
Larry LaVercombe
Previous Next
Posted Thursday, December 1, 2022 1:10 pm
By Larry LaVercombe

“We’re playing all originals tonight,” said band leader Terry Walsh as he ripped into another of his audience’ favorites. “I mean, since we’re celebrating Dan Israel’s, what, eight-thousandth CD, we’re gonna play a few new ones of our own.”

It was another night in Music Paradise for the packed house crowd at The Hook and Ladder, there to celebrate the release of “Seriously” – which is actually Israel’s 17th CD. And yes, by Music Paradise, I do mean The Twin Cities. For while Jay’s Longhorn Bar may be long gone, I’m writing to say that there is a lot of great music for people my age around here, and there are also a lot excellent venues. They’re easy to get to, inexpensive to get in to, and full of folks long out of college but not close to the old folks home.

It would take the rest of this column to name, one-by-one, the talented players and writers consistently performing here in Minneapolis, many of whom have been in Twin Cities ever since The Minneapolis Sound and the consequent explosion of punk and new wave bands put Minneapolis on the international music map.

The Hook and Ladder, located in the old firehouse at Lake and Minnehaha (and once home to Patrick’s Cabaret), hosts live local and nationally-known musicians on two different stages, three nights a week and more in the summer.  This night was, in fact, the second Dan Israel CD release party I’ve attended there in the last three years. Along with drummer David Russ, bassist Mike Lane, and lead guitarist Steve Brantseg (also of Suburbs and Phones fame), Israel continues to put out quality CDs that seem to get better every year.

Meanwhile, just a couple miles away at The Driftwood Char Bar, you can hear live music every night of the week. “Sunday is Fun Day,” with Grateful Dead music from 6 to 11 p.m. Mondays are open mic night, with a different host every week. Tuesdays, one of my favorites, are St. Dominick’s Trio, playing originals and more covers off the top of their heads than any band you’ve ever seen. Truly, if they know the song at all, they’ll try to play it for you. And you’ll never hear Van Morrison or the Rolling Stones covered any better. The rest of the Driftwood week often features local favorites like Lolo’s Ghost and Trailer Trash, and you can usually expect a cover of five dollars or less.

Meanwhile, if you missed the Free Summertime Jams at the Hi Fi Hair Stage, fear not: when summer comes around again, Stylist-to-the-Stars Jon Clifford will be hosting a whole slew of rocking bands on many a Sunny Sunday. Last summer included shows with Robert Wilkinson, The April Fools, Cindy Lawson, and the new star-studded Linda Ronstadt tribute band, The de’Lindas.  Hi Fi Shows start as early as late April in 2023.

Last but not least – a quick plug for Beatles fans and one of the coolest shows you will ever see in your whole life. I don’t exaggerate. When I finally got my brother to come see it one year, he turned to me during the second tune and said, “Dude. I am so sorry I didn’t believe you. This is unbelievable.”

Thursday, Dec. 8 – at First Avenue – Curtis A (with a little help from his friends) will blow your mind at the 43rd Annual John Lennon Tribute Show.

I’ve seen this show 20 times, at least, and every year is both surprising and predictable. Surprising in that you never know which local stars will deliver a memorable guest vocal; predictable in that we’ll hear upwards of four hours of Beatles and Lennon solo classics played with rockstar energy and drive. It’s a love fest on the stage, and on the dance floor, too.

So, treat yourself and see this show!   And when the aforementioned Steve Brantseg rips into the Harrison solo in “While My Guitar Gently Weeps,” try not to kick yourself for missing this event so many years before.

Team up for good by feeling good!