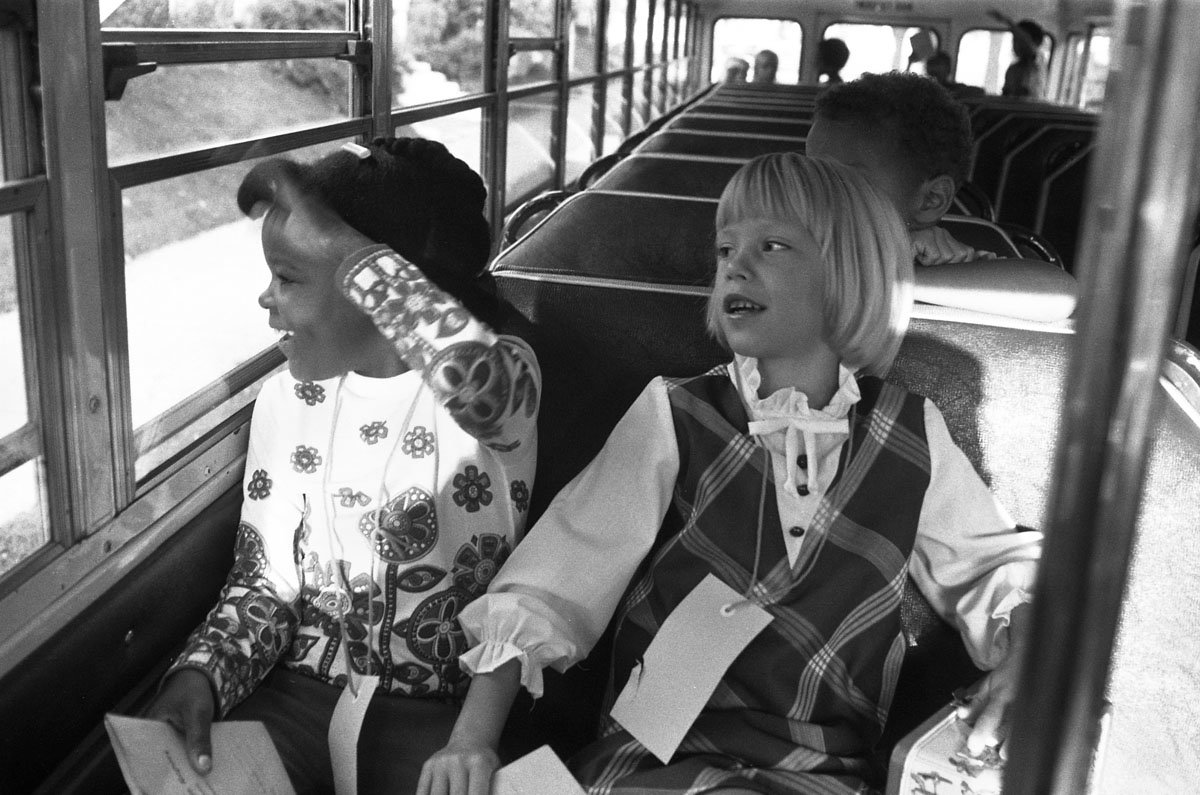 Hale and Field schools were combined in a unique pairing in 1971 designed to take meaningful steps towards racially integrating one school that had more White students and one that had more Black. (Mpls Star Trib News Negatives.Box 310)
Eric Mortenson 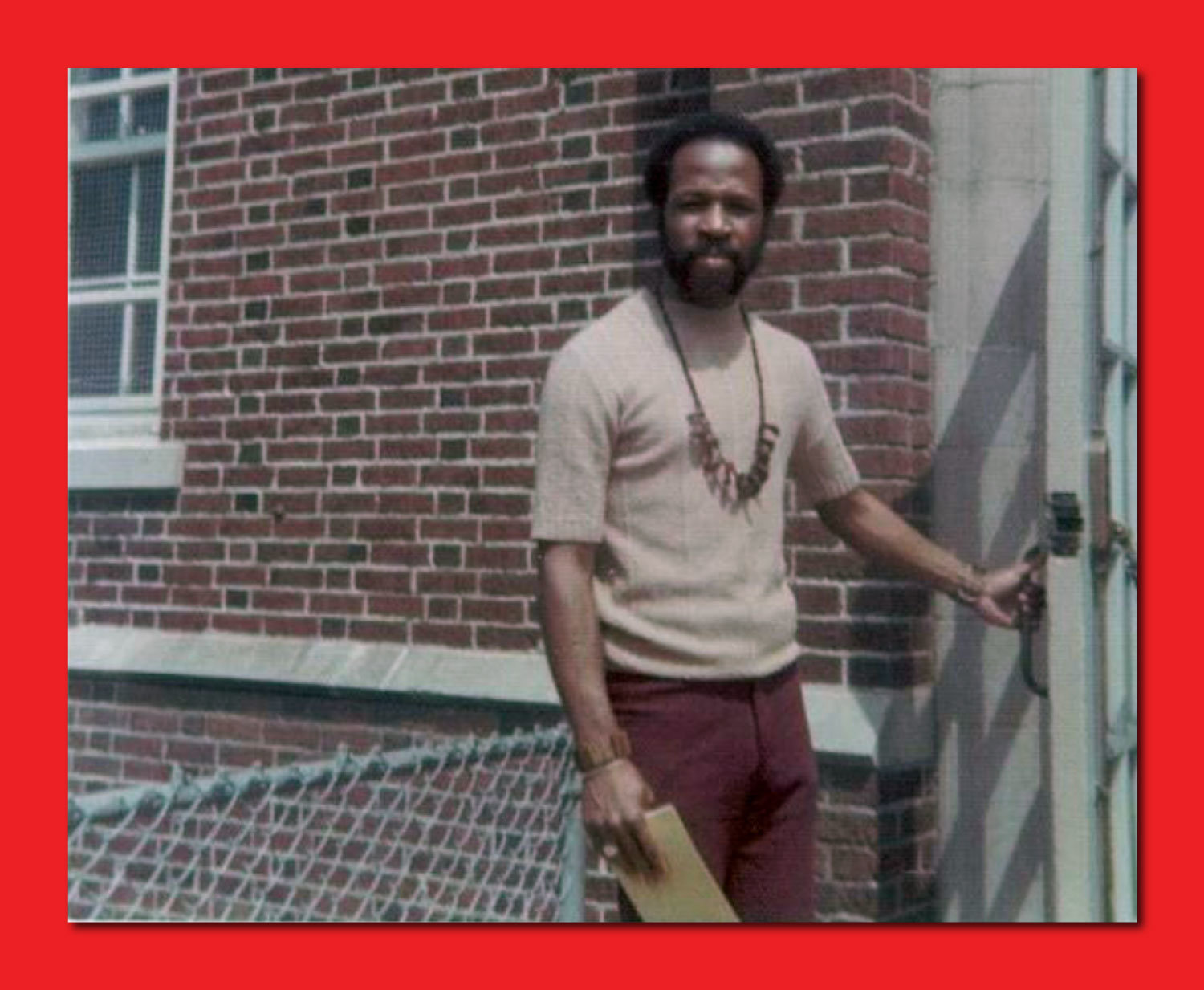 Mr. Andrew's welcomes students to Hale School in 1973, where he taught a multi-grade classroom in the Green Unit. One of his students was Cara Letofsky. (Photo submitted) 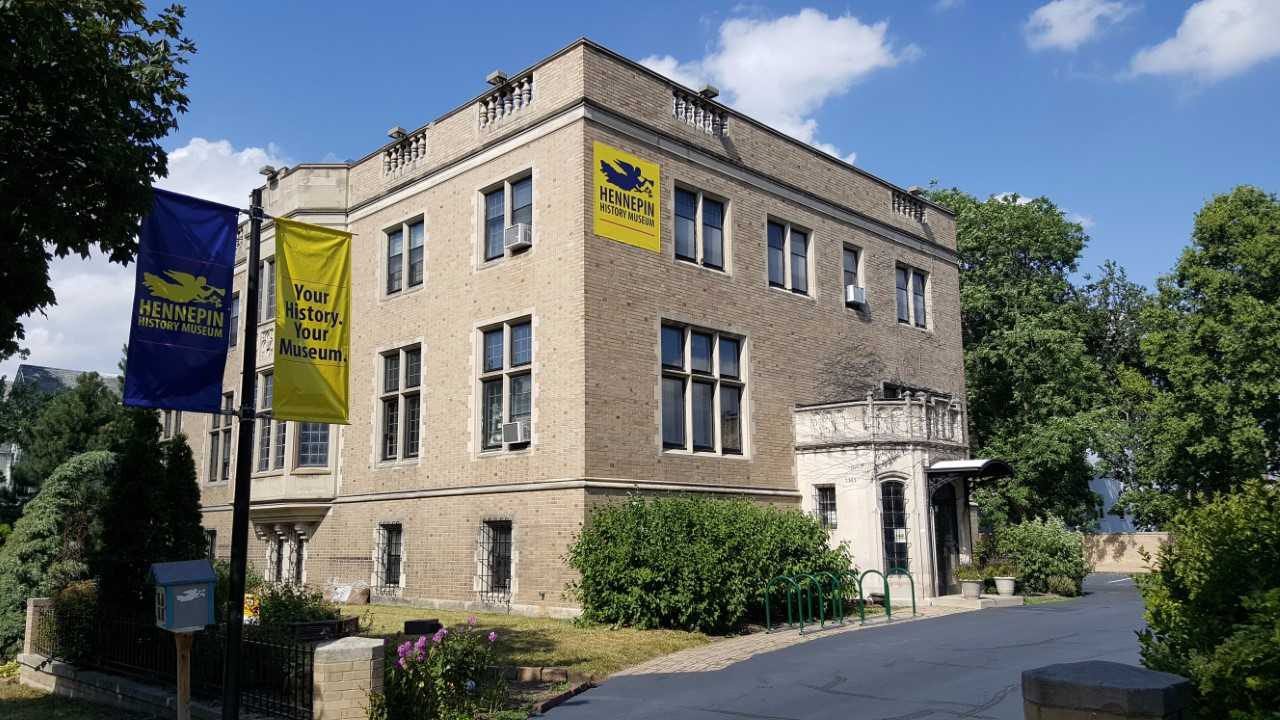 Fifty years have passed since the school pairing experiment began. Its story is now the topic of Separate Not Equal: The Hale-Field Pairing, a new exhibit opening at the Hennepin History Museum on Thursday, April 28, 2022. An opening celebration event will be held on Saturday, May 14, from 11 am – 2 pm. It was originally scheduled for March.

Of all my identities, being a Field-Hale-Field kid is one of the most formative.
Let me explain. I grew up on First Avenue in south Minneapolis, a stable block of Tudor and Craftsman-style homes that housed Black and White families right next to each other. Our local public school was Field Elementary, which is where I followed my older siblings when it was time for me to start kindergarten in 1969.
A few years later, Field became part of a ground-breaking school integration program. The program was conceived and promoted by area parents who wanted to see Minneapolis Public Schools take meaningful steps towards racially integrating the schools that their children attended. At the time, Field’s student body was over 50 percent Black, whereas the adjacent Hale School was 98 percent white. The parents’ advocacy resulted in the pairing of Field School and Hale School in an inventive yet cautious approach: the two schools’ attendance areas would combine, with the K-3 students attending Hale, and the 4th-6th grade students attending Field. The resulting racial make-up of both schools was 30 percent students of color, 70 percent White. The plan also brought innovative educational programming, including multi-grade and open classrooms, Black and White teachers, and additional resources to meet students’ needs.
The plan had its opponents, including Hale neighbors that filed a lawsuit alleging the pairing deprived them of an inherent property right to decide where their children went to school based on their choice of where they bought their home. The lawsuit was dismissed. The pairing plan went into effect in the fall of 1971.
In the middle of a flurry of media coverage, I started second grade at Hale School. In 1973, I reentered Field, this time in Mr. Andrew’s multi-grade classroom in the Green Unit, where I spent the next three years. I don’t remember any of the adult chatter at the time about concerns or worries about White and Black kids going to school together, and only later did I realize how unique, and lucky, it was for me to have a Black male teacher for three years.

Fifty years have passed since the school pairing experiment began. Its story is now the topic of Separate Not Equal: The Hale-Field Pairing, a new exhibit opening at the Hennepin History Museum on Thursday, April 28, 2022. An opening celebration event will be held on Saturday, May 14, from 11 am – 2 pm.

The exhibit – which is part of a multifaceted collaboration among the museum, the University of Minnesota, Augsburg, TPT Executive Producer Daniel Bergin, and Hale-Field pairing alumni Heidi Adelsman and Cindy Booker – covers the legal precedents and landmark rulings that led up to the 1971 pairing, community support and opposition to the plan, and what it means for today. It is based on material that comes straight from the lived experiences of students, parents, and teachers, and is paired with programs and activities that focus on the themes of school segregation past and present. There will be opportunities for community members and Hale-Field graduates to share their stories and artifacts, to help build out the historical record of the time.
For the Hennepin History Museum, "Separate Not Equal" represents part three of the story of how exclusionary public policies impacted how our cities were built, and how the legacy of those decisions continue to impact our communities today. In 2018, the museum hosted "Owning Up: Racism and Housing" in Minneapolis, the award winning student-curated exhibit on how racial covenants, red-lining, and White violence created a racially segregated Minneapolis. The museum continued its partnership with the University of Minnesota’s Heritage Studies and Public History Program on "Human Toll: A Public History of 35W." Currently on display until Oct. 1, 2022, "Human Toll" tells the story of how the construction of 35W through south Minneapolis uprooted and divided neighborhoods – mirroring the experience of Black communities across the country, and amplifying the effects of systemic racism that are still felt today.
"Separate Not Equal" continues the storyline. It makes the connection between the racial housing patterns in Minneapolis at the time, and how it led to “separate not equal” racial segregation in schools, and how the community fought to address it.
I consider it a gift to have been raised in a community with parent-supported public schools that embraced multiculturalism. Being exposed to people of races and religions different than mine has enriched my life. Telling this story now, as our communities’ schools and housing patterns continue to struggle with the legacy of systemic racism, is an important step in learning how to address it.
Hennepin History Museum is located at 2303 Third Avenue South, Minneapolis, MN 55404. Phone: 612-870-1329, email: info@hennepinhistory.org, website: www.hennepinhistory.org
HHM’s building is not fully accessible and does require climbing stairs.

My brother has cancer