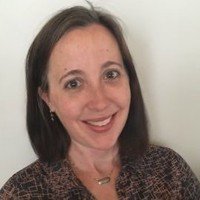 I think the two things I am most proud of are the strategies and actions because they pave the way for action and for the dashboard that brings to life the history.”
Kathleen Mayell
By Cam Gordon

The city council is set to vote early this year on a groundbreaking racial equity framework that could guide city transportation planning and investment decisions for years to come.
The draft Racial Equity Framework for Transportation (REF) plan was released with a presentation to the council on Dec. 1, followed by a virtual open house on Jan. 11 and a public comment period that ends Jan. 20.
The framework is intended to help improve racial equity outcomes in the city by making wiser investments in transportation and “uplifting voices historically excluded from the decision-making processes,” said the press release announcing the draft’s release.
“This is furthering an entire body of policy and works hand in hand with all the pieces,” said Kathleen Mayell, a city transportation planning manager who has been leading the effort. “There are other cities who are working on this, like Seattle, Denver and Oakland,” said Mayell, “but we are cutting new ground for sure.”
The framework was called for in the Transportation Action Plan that was approved in 2020 and builds on policies approved by past councils, including the city’s Strategic and Racial Equity Action Plan, the Minneapolis 2040 comprehensive plan, and the 20-Year Street Funding Plan from 2016.
“I am really excited about the Racial Equity Framework for Transportation,” said Ward 8 council member and council president, Andrea Jenkins. “As the chair of the Racial Equity Sub-committee and lead author of the ordinance declaring racism a public health crisis, I am thrilled that the framework acknowledges and addresses past harms. It looks at inequities in housing, economic development, environmental impacts and public safety. It’s a comprehensive framework, developed with key community stakeholders, with measurable outcomes and systems in place for residents to track its progress.”
City staff partnered with the Cultural Wellness Center to create a community equity workgroup to help develop the framework.

A PAST OF EXCLUSION
Mayell identified three parts of the 84-page report that she considers the most important for people to be aware of: the historical context, a new way to identify priority areas, and a set of strategies and actions.
First, the framework acknowledges and demonstrates that the transportation system and past government decisions “underserved, excluded, harmed and overburdened some communities, namely Black and Indigenous communities, other communities of color, and people with disabilities,” and that “past decisions have denied these communities the full participation of transportation benefits, which has led to disproportionate burdens.”
The framework lays out how past policies and decisions have negatively impacted the people of Minneapolis. These include practices such as the use of racial covenants in deeds to prevent Black, Indigenous and other people of color from owning homes and redlining that resulted in segregated neighborhoods and stigmatized areas with high populations of immigrants. It shows how the location and construction of interstate highways through the city displaced thousands of residents and destroyed neighborhoods. It reports that “formerly redlined areas make up 17% of Minneapolis land but include 48% of the total miles of freeway,” that “interstate construction in the Twin Cities displaced an estimated 30,000 people from neighborhoods that were home to 80% of the region’s Black population.” Formerly “redlined areas in Minneapolis are over 10 degrees hotter than non-redlined areas.”

‘Transportation equity priority (tep)’
Second, the framework presents a refined way that the city can, and potentially will, prioritize areas based on a set of key variables that go beyond only looking at population, ethnicity and wealth measures.
A new formula is proposed to identify “transportation equity priority (TEP)” areas using measures of race and income, along with data about vehicle availability, commute times and land temperature. According to the framework, this TEP score is “a tool to identify geographic-based equity priority areas that can be used to help shape investments, infrastructure, operations, maintenance or other transportation work and decisions citywide.” According to Mayell, following the framework’s approval by the council, “The 20-year street funding plan will be updated in the near term, and this new formula will be used there.” Thirdly, the plan outlines a set of 24 strategies and 64 actions to drive the work of the department over the next several years. There are based on four goals that are intended to guide the work of department staff. The goals are to build organizational empathy; to lead with a racial equity approach; to build trust, cultivate partnerships and share power with communities of color; and, to hold ourselves accountable to data-driven reporting and adjustments.
“The strategies and actions are the building blocks,” said Mayell.
A sampling of “actions” reveals some of the potential changes to city processes and programs that could be coming:
• Hire and maintain staff at all levels of the organization to better reflect the communities we serve.
• Disseminate information internally on racial inequities related to transportation to build shared understanding.
• Support the inclusion of anti-displacement work when major investments occur led by the Minnesota Department of Transportation, Hennepin County and/or and Metro Transit.
• Continue to develop new and support existing ways of increasing access to the Shared Bike and Scooter Program and the Evie Carshare Program for low-income individuals.
• Use the REF to analyze, and adjust if warranted, procedures and policies related to street operations and maintenance.
• Establish streamlined process guide for hiring neighborhood and community organizations for small contracts.
• Report on metrics developed in the framework every two years.
“I think the two things I am most proud of are the strategies and actions because they pave the way for action and for the dashboard that brings to life the history,” said Mayell.

VIEW WEB-BASED DASHBOARD
The web-based transportation equity dashboard shares the history and impacts of past decisions and presents information from the framework in a way that lets people explore the data related to transportation, organized by census tract, and includes an interactive map of the transportation equity priority areas.
Fnd the dashboard and complete framework at https://www2.minneapolismn.gov/government/departments/public-works/tpp/racial-equity-framework/.