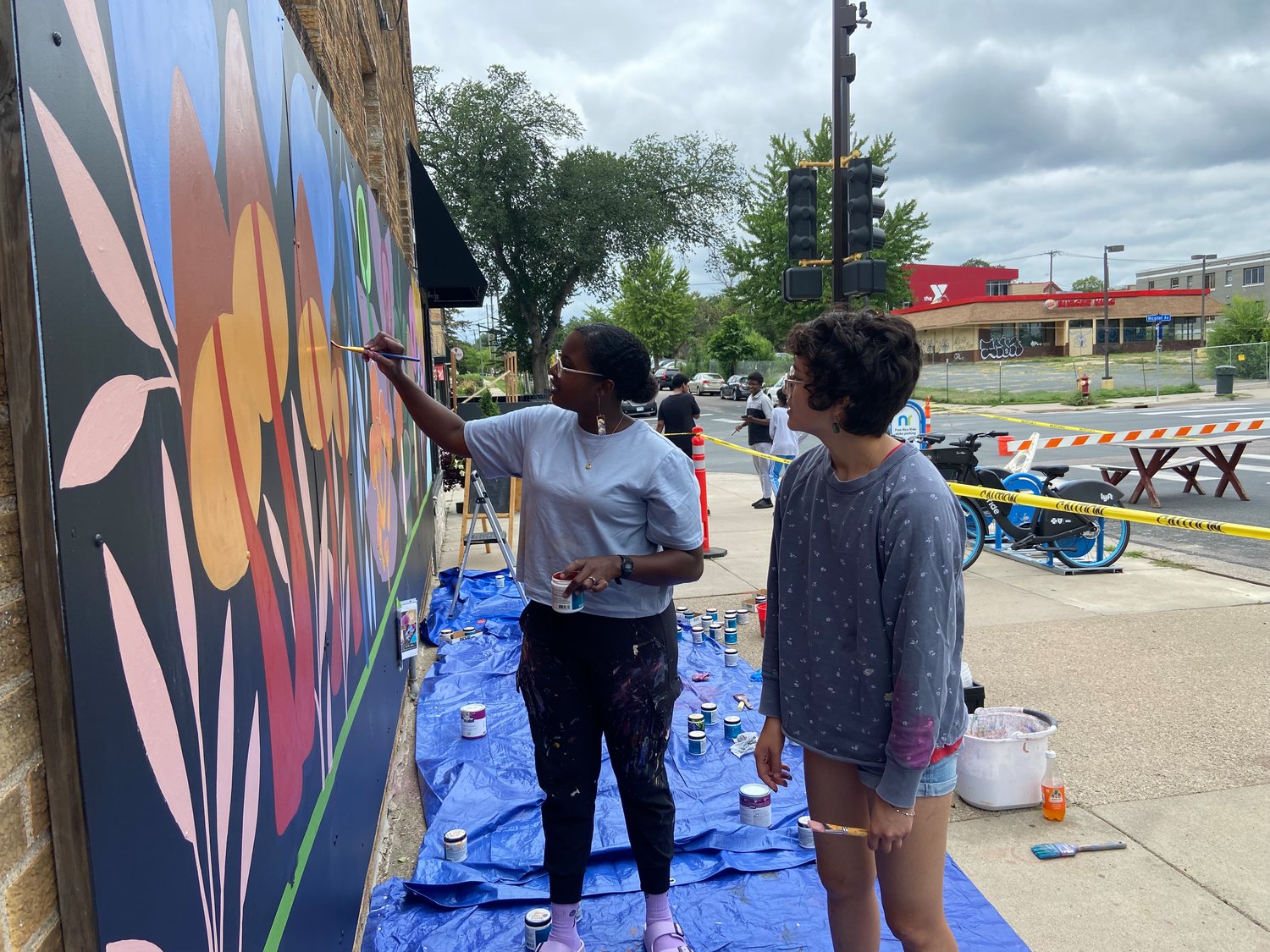 Hibaaq Ibrahim, also known as Moon Juice Art, painted the mural with help from kids from the local YMCA. 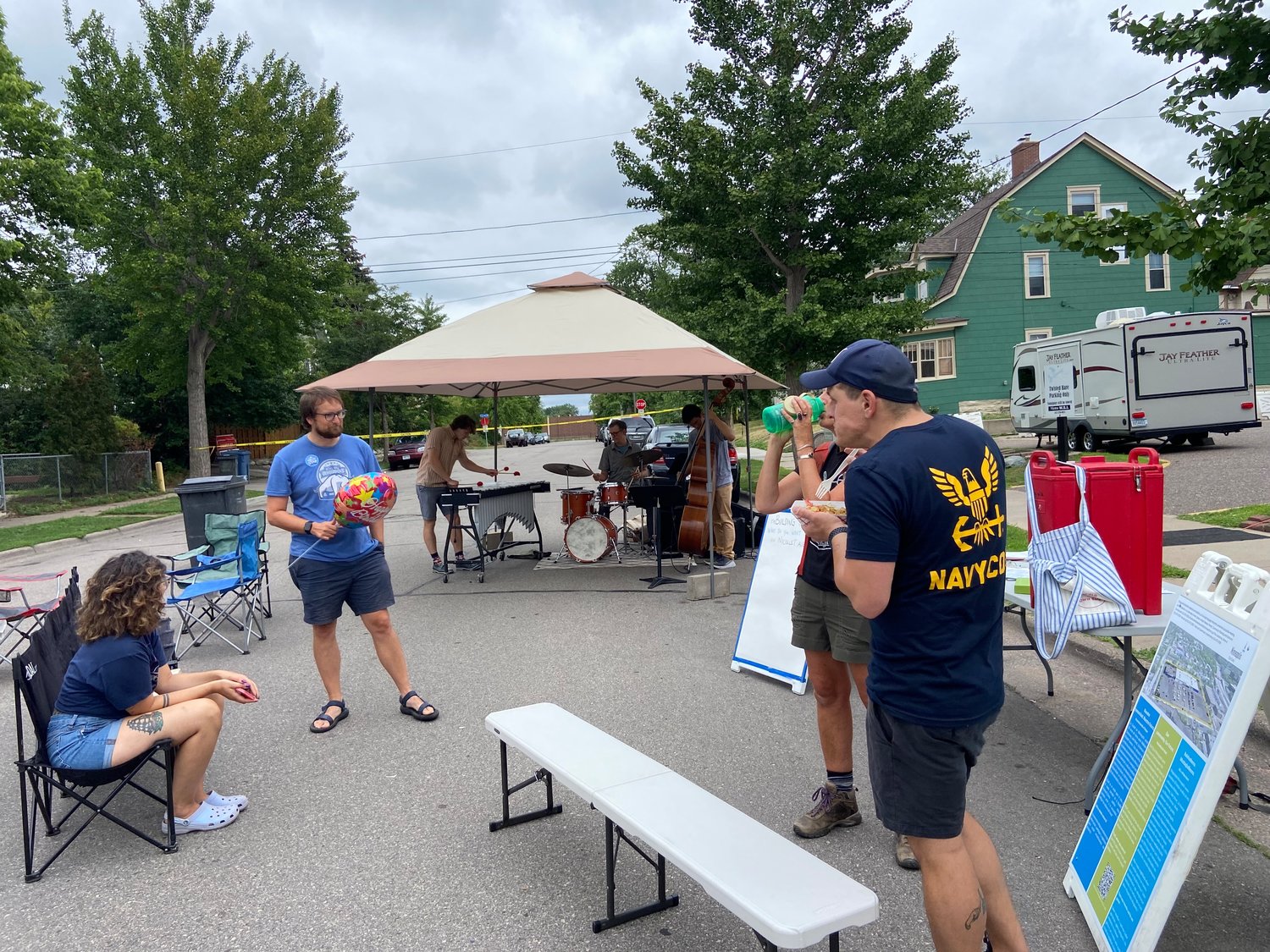 People gathered at the Pop-off to listen to live music and watch the mural painting. 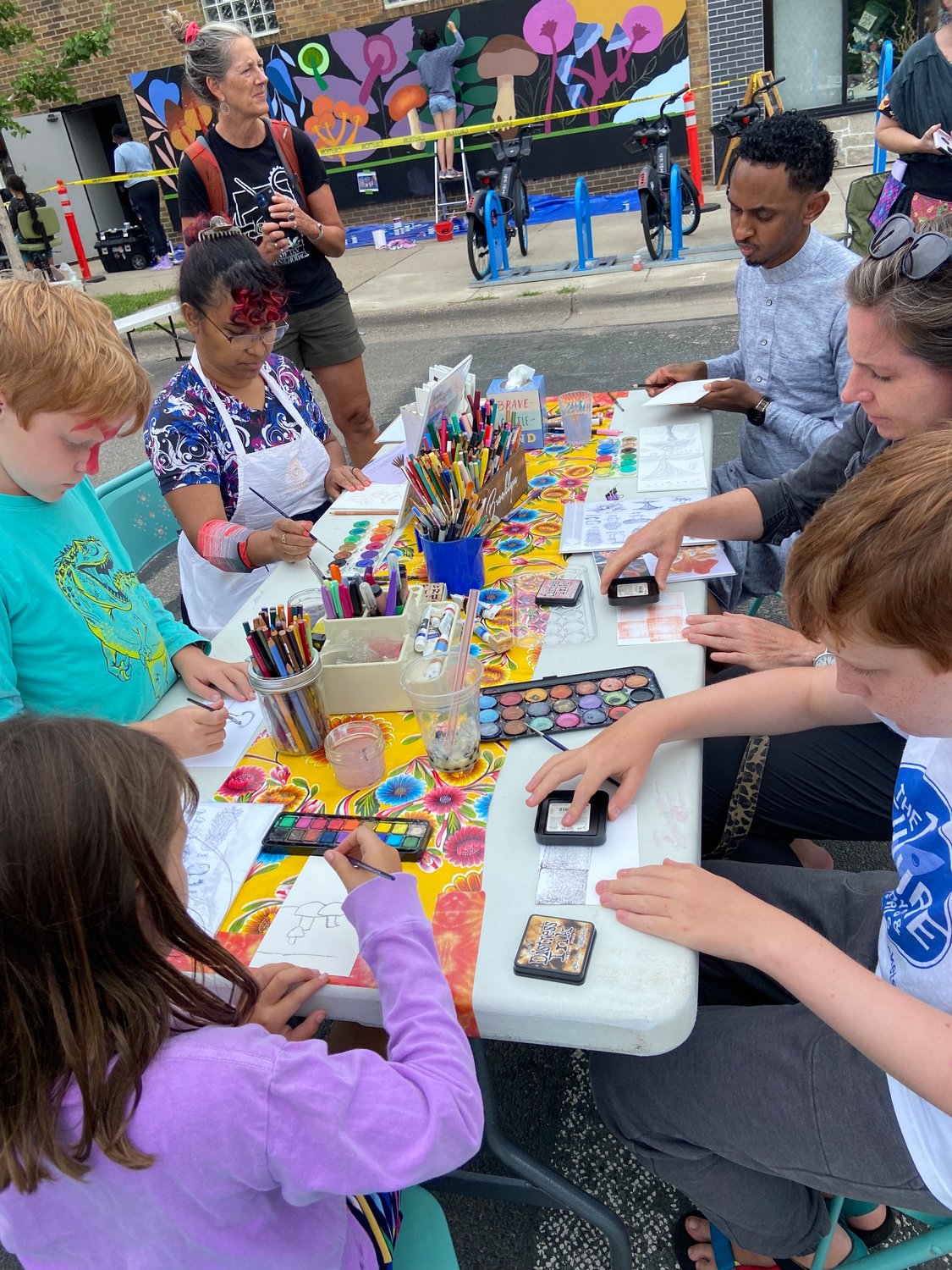 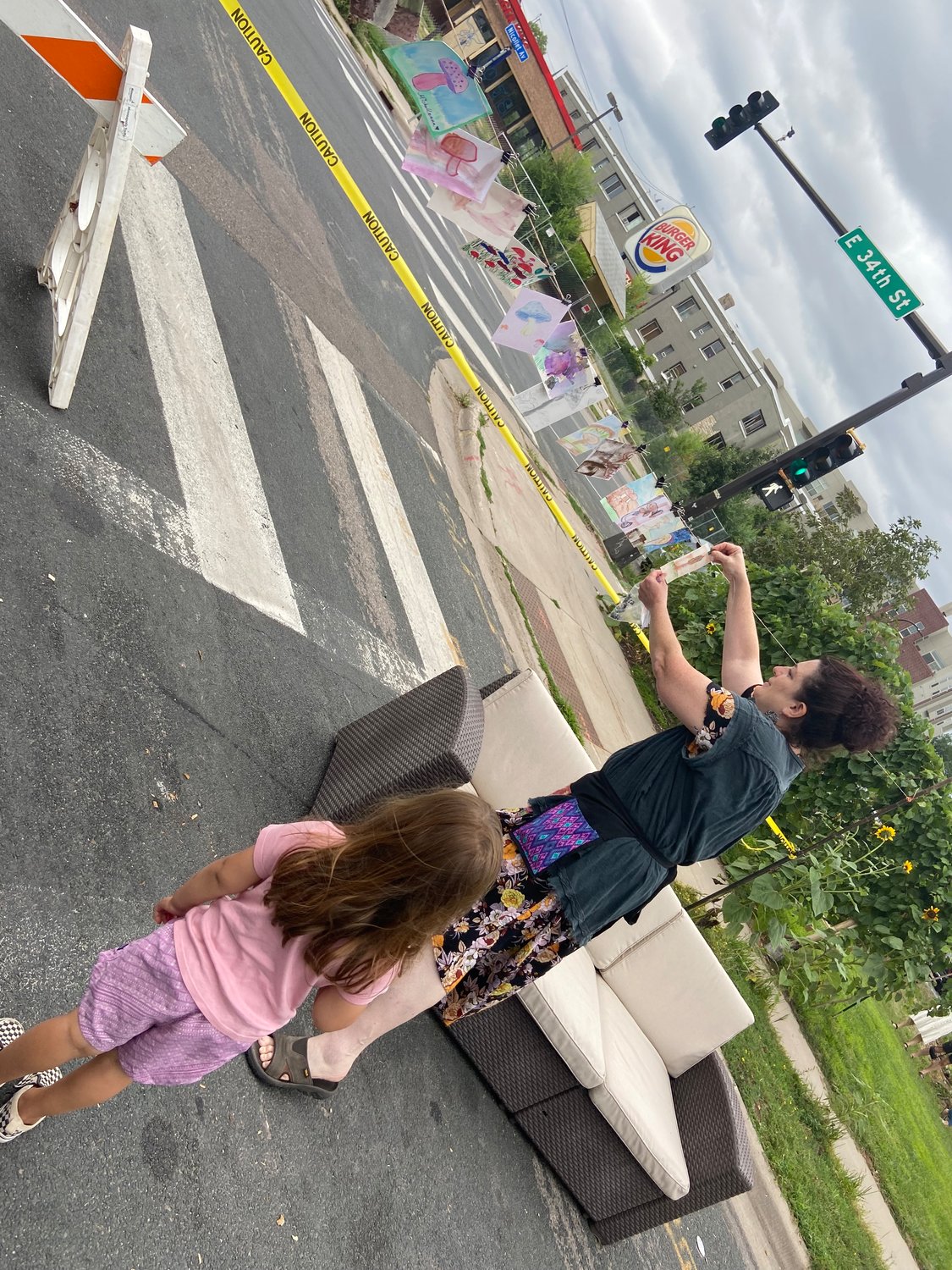 Coming in October on a date to be determined, the mushroom art will be displayed in a community art gallery. 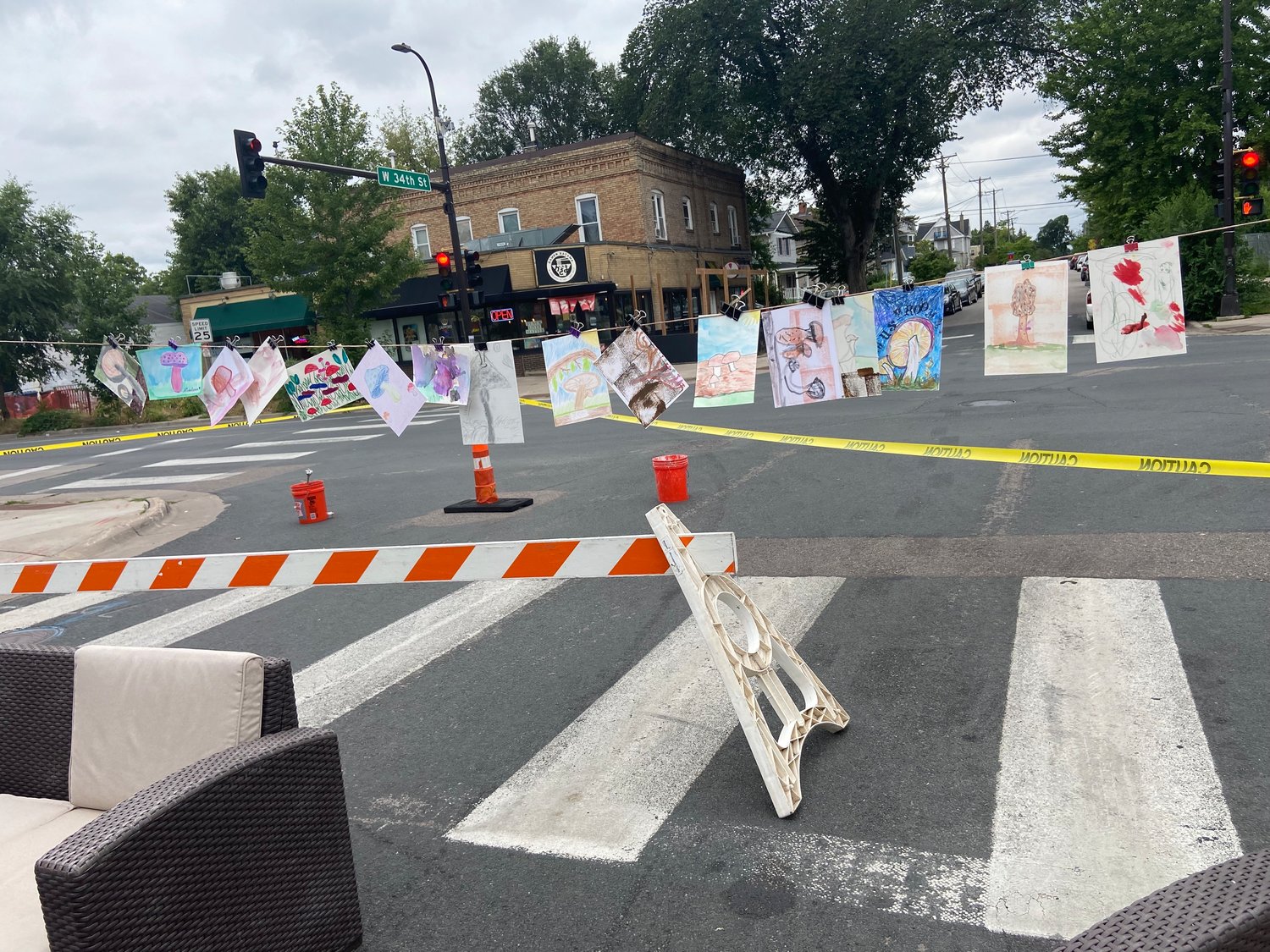 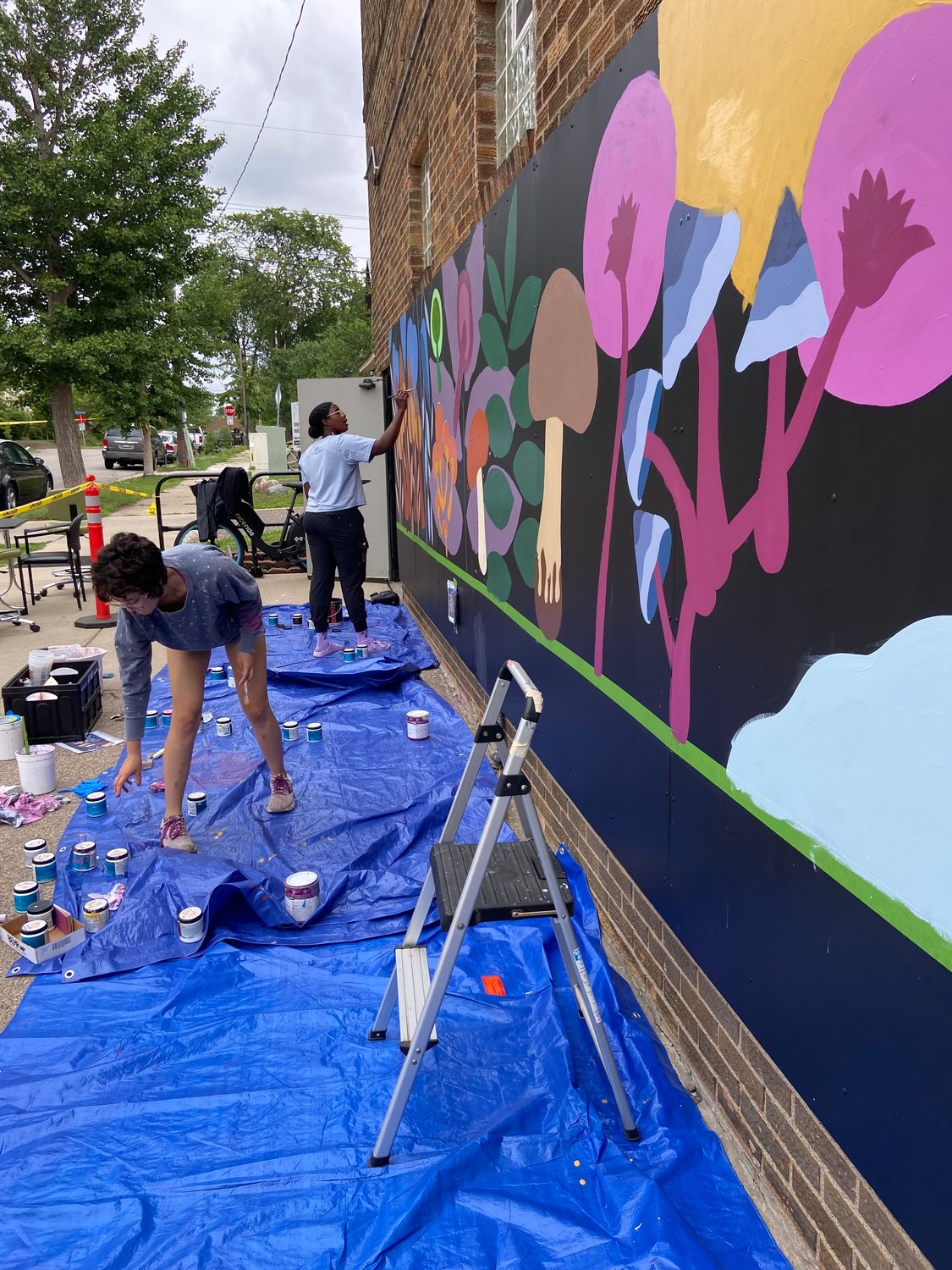 The Nicollet Pop-off mural was of various mushrooms that inspired community through their connected root system. 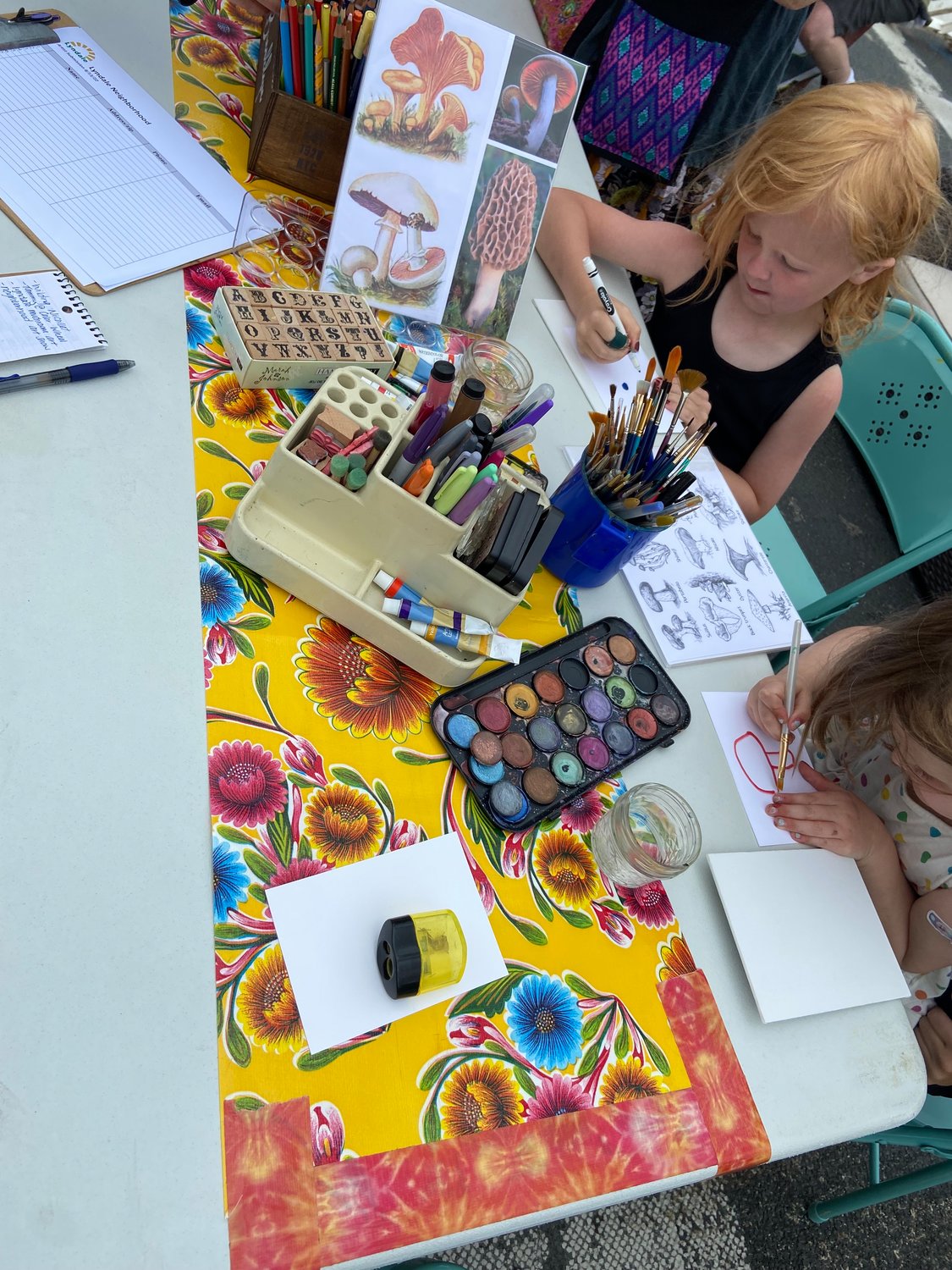 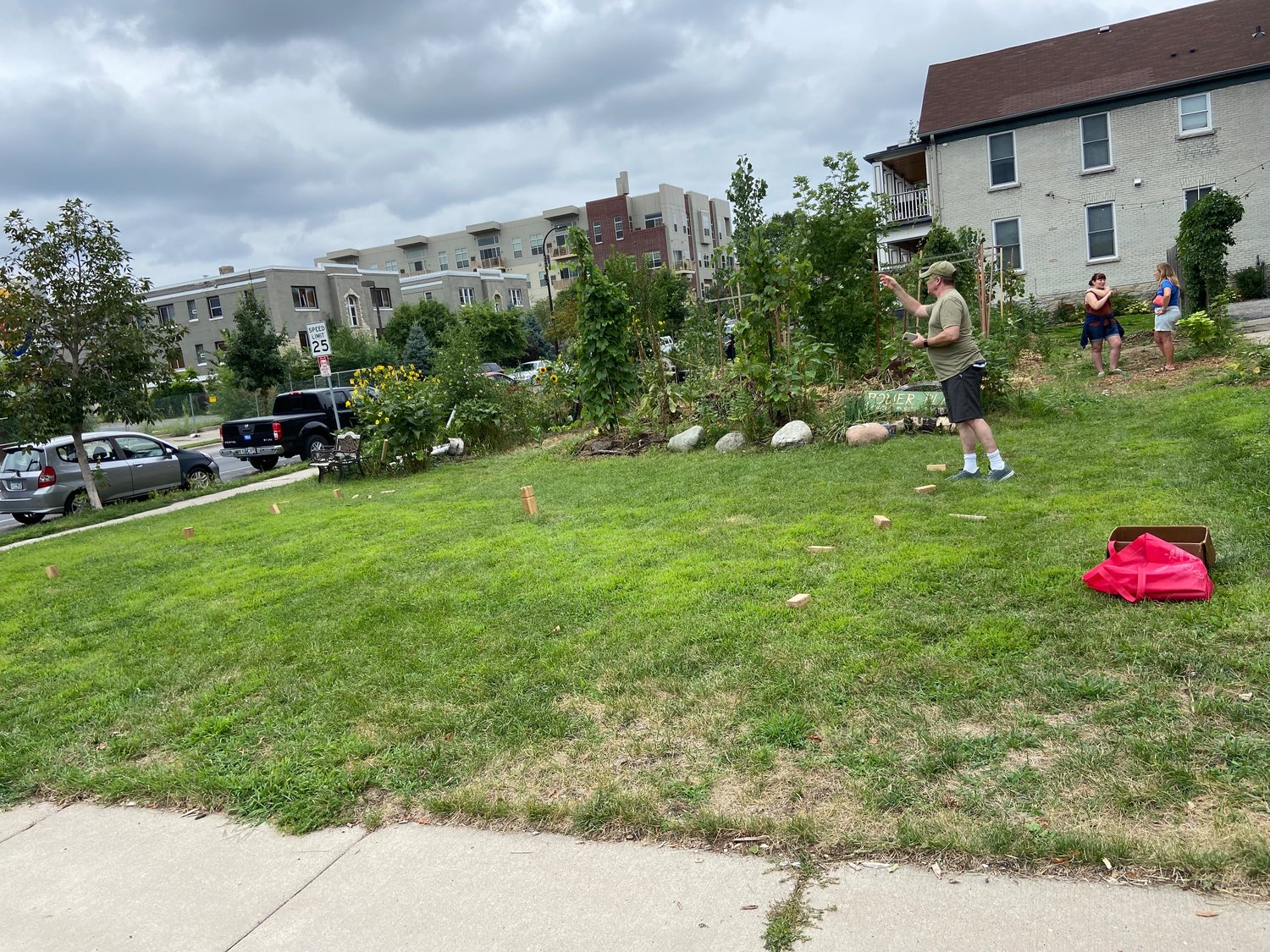 Community members were encouraged to play yard games next to the community garden at the Nicollet Pop-off. 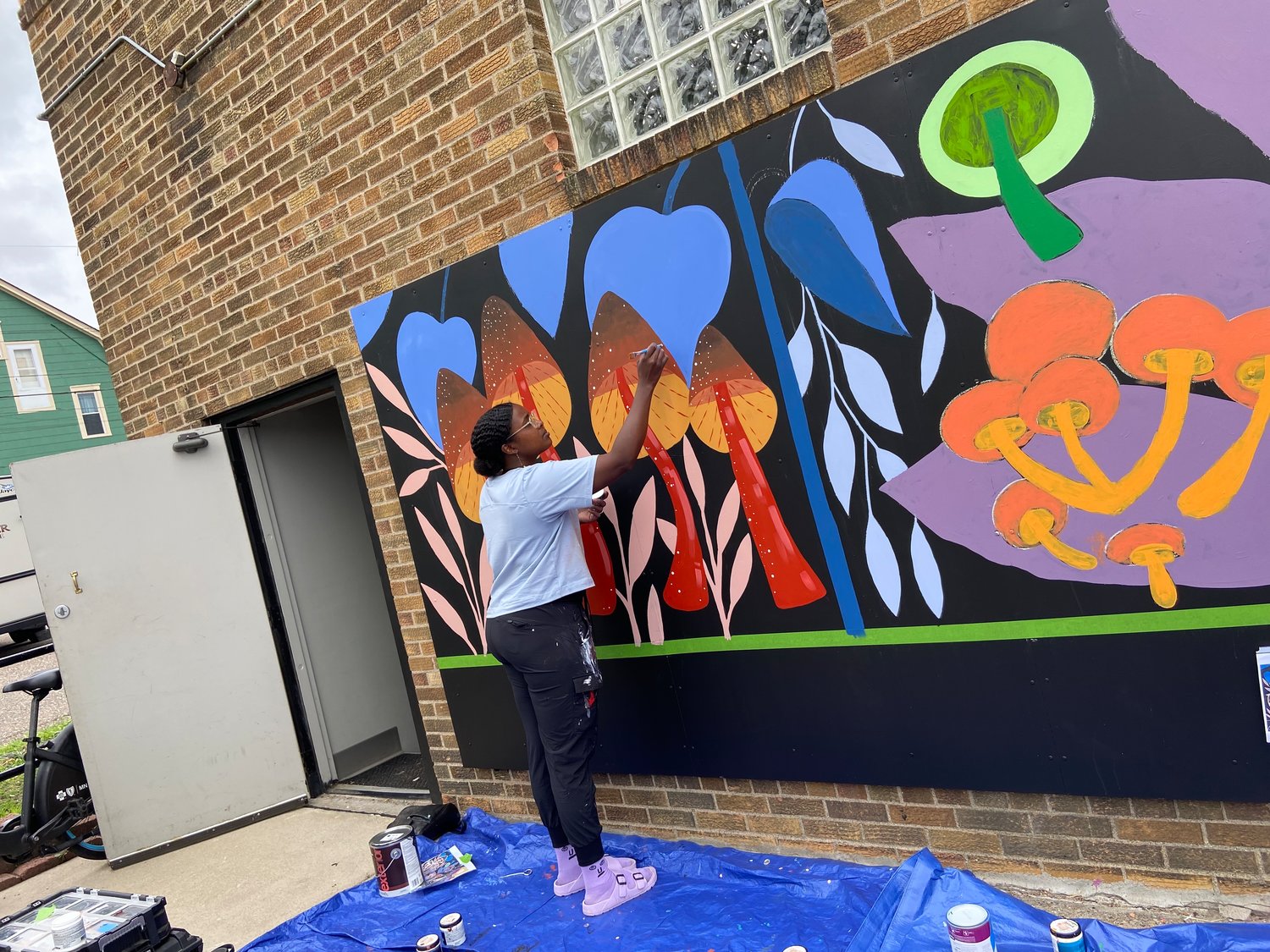 Hibaaq Ibrahim mentioned that she enjoys creating spaces where people can gather. 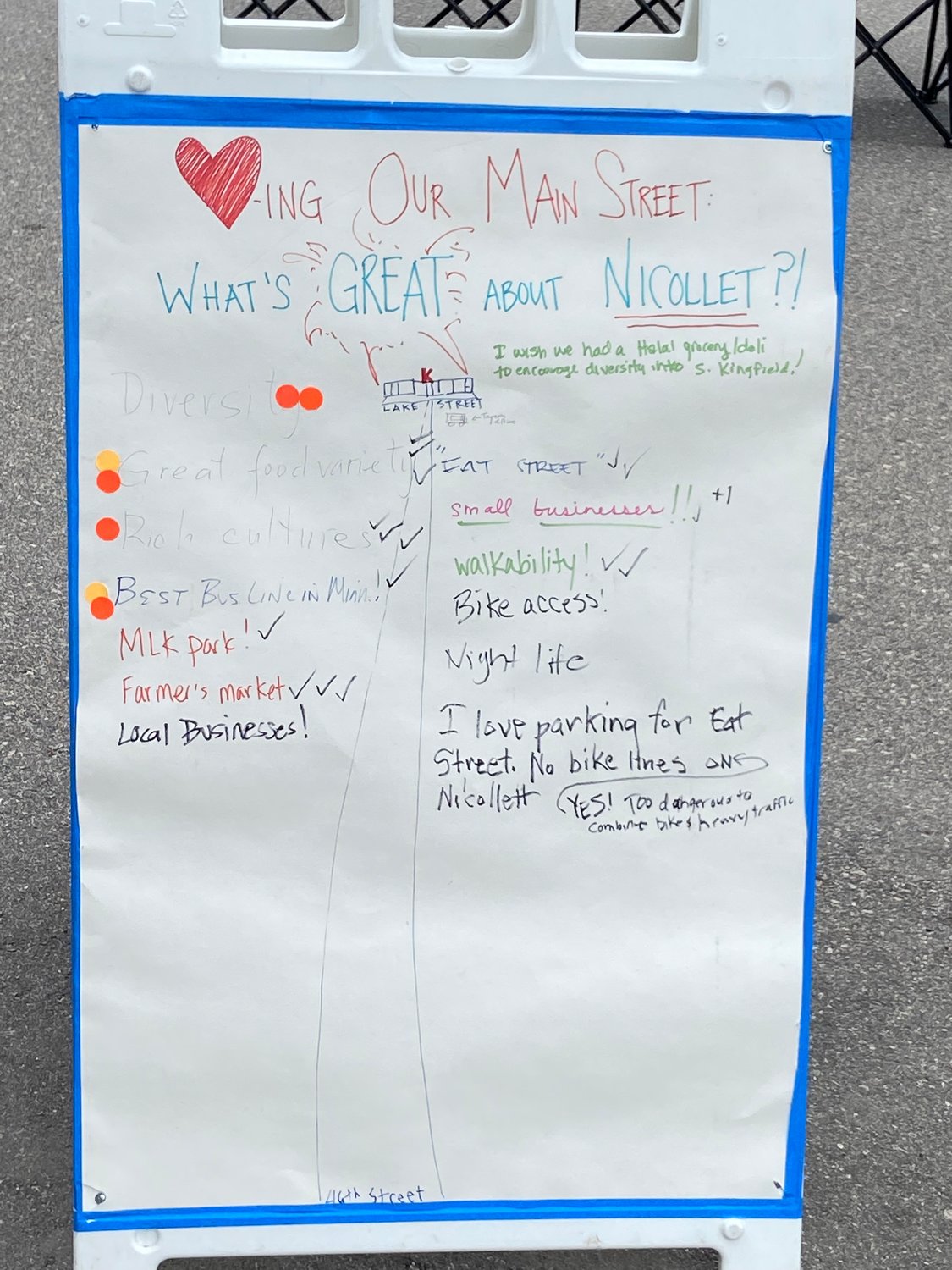 Community members were encouraged to answer questions about Nicollet that the Neighborhood Associations would take into account and spark community conversations. 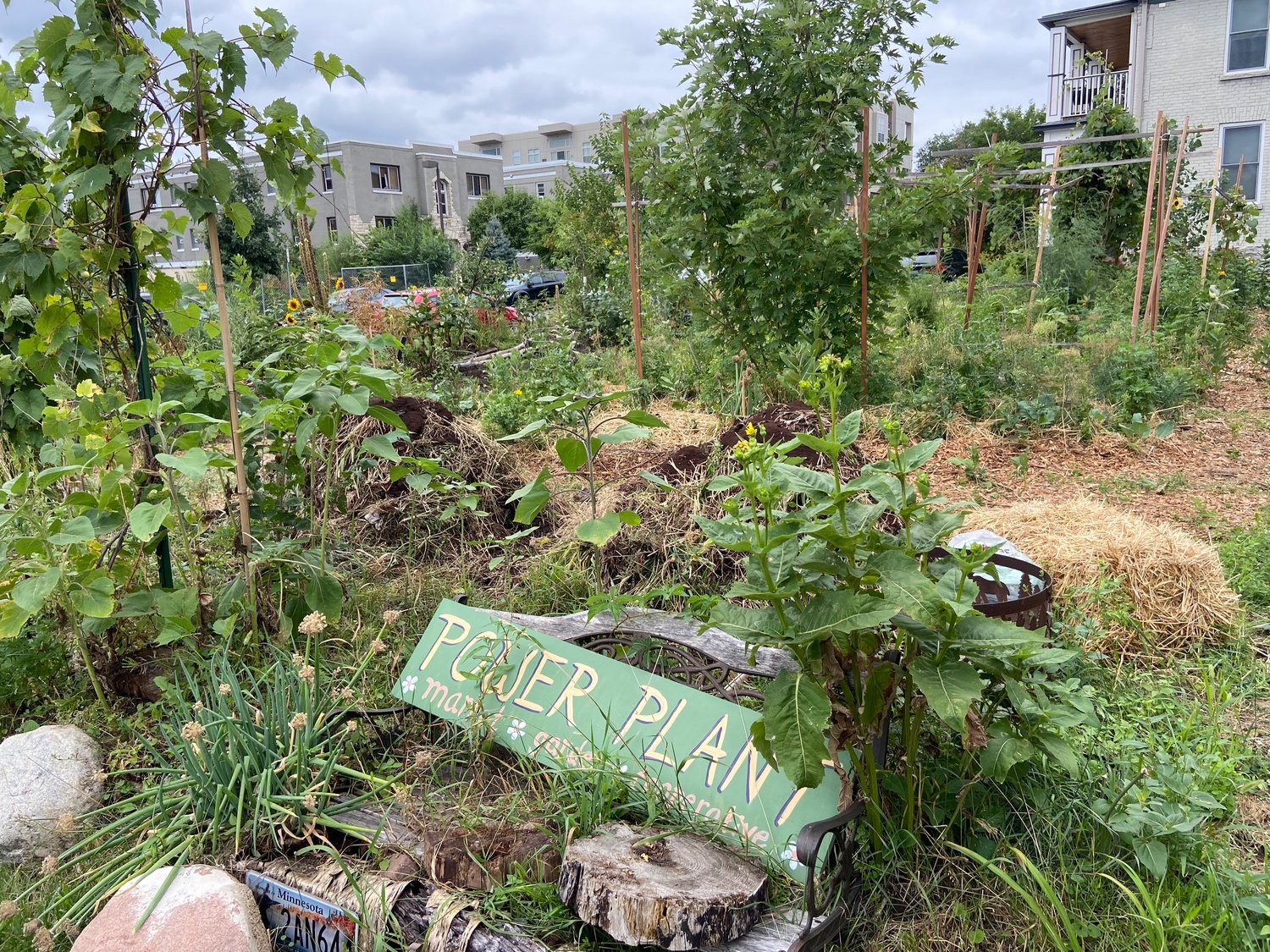 Community members explored the community garden across from the mural painting and played yard games on the lawn. 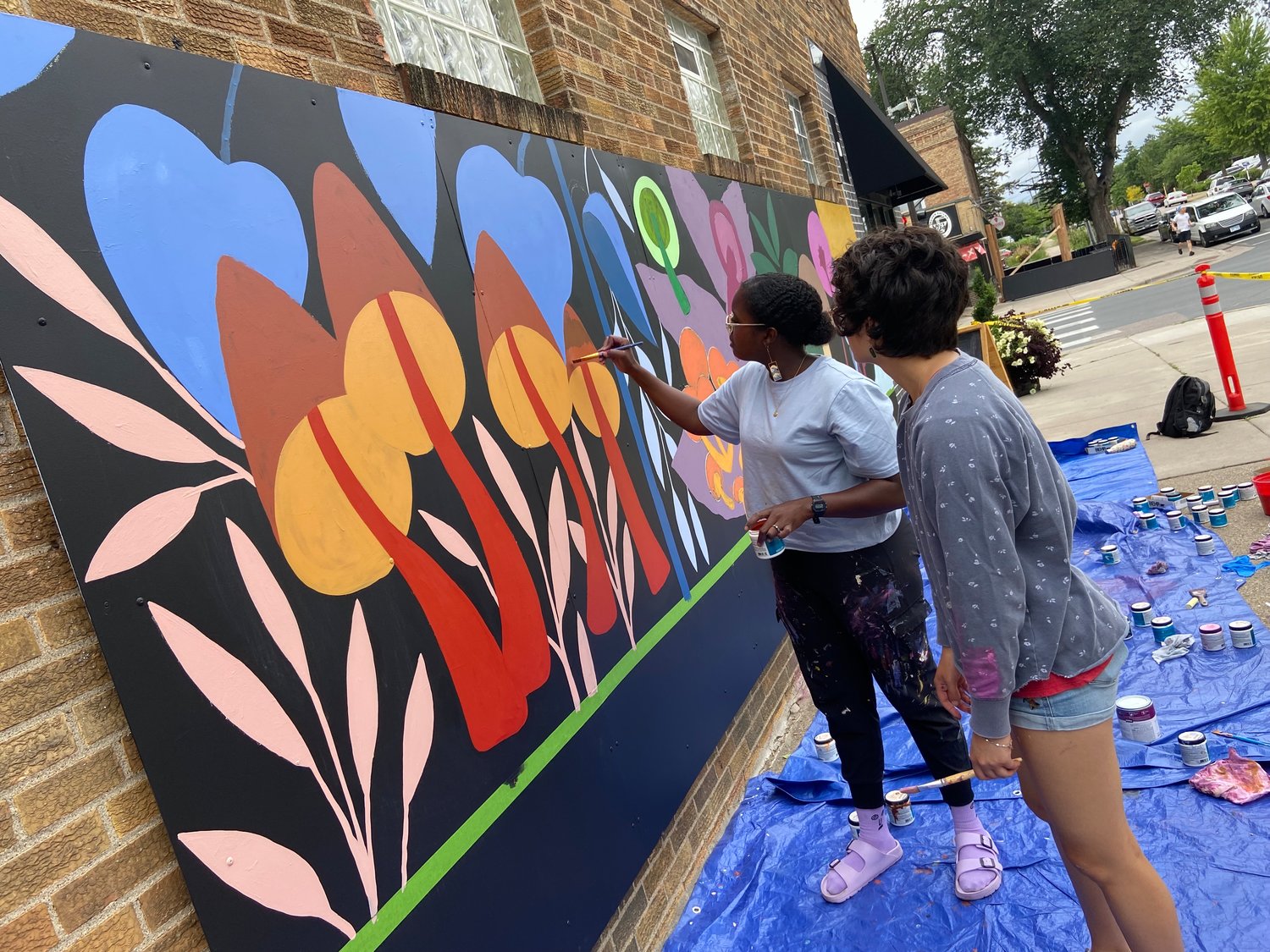 On Saturday Aug. 13, the Lyndale and Kingfield Neighborhood Associations hosted a Nicollet Pop-off at the Twisted Hare Salon, 3401 Nicollet Ave. The main event, along with a live band, food, and art making opportunities, was a mural painting done by Habiiq Ibrahim, otherwise known as Moon Juice Art. The mural included brightly colored fungi that used the theme of Alice and Wonderland from Twisted Hare Salon, but it also invoked a sense of community. Mushrooms have large root systems connecting them together and sharing nutrients and support throughout. This is where Ibrahim mentioned that she reached the idea of using mushrooms to demonstrate community as they support one another just as neighborhoods do. She also said that she enjoys creating spaces where people can gather together and evoke conversations with one another no matter their background. This was the general theme of the event as there were also signs posted asking community members to weigh in on questions such as "What makes Nicollet Great?" and, on rebuilding, "What do you want to do and see on Nicollet?"