News for everyone, delivered to everyone
SUPPORT THE JCPA 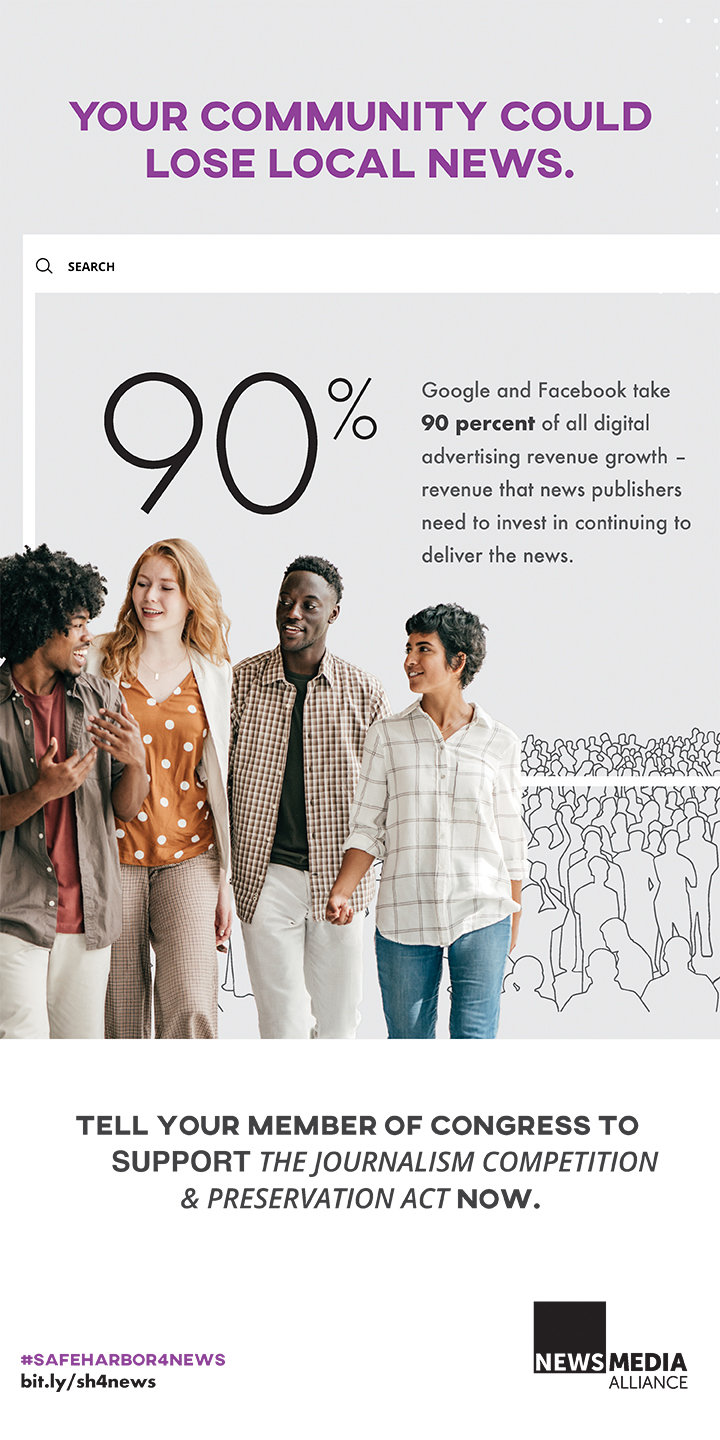 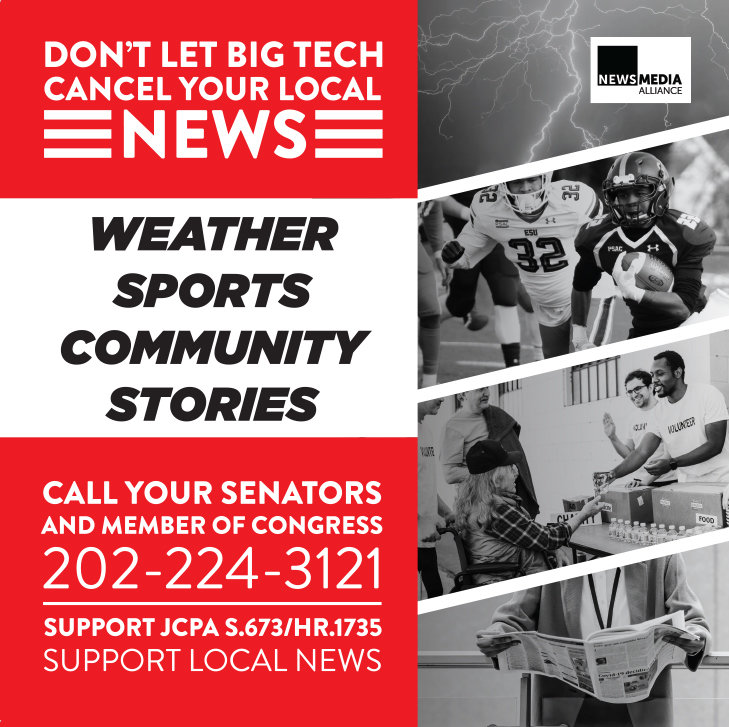 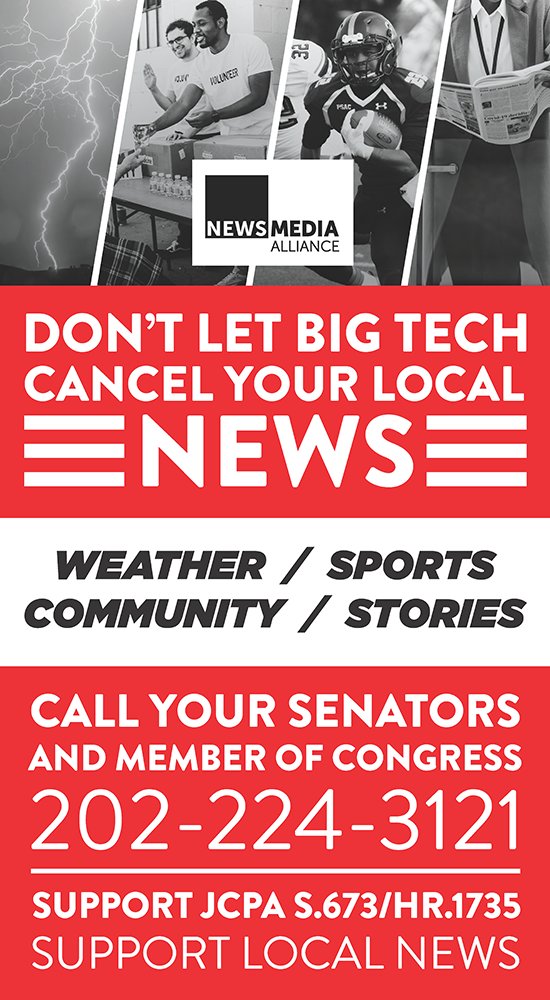 In the early days of the internet, the news was something you had to go out of your way to find. Thanks to the rise of Big Tech companies like Google and Facebook, the news is delivered straight to our fingertips, and social media feeds. We don't even have to look for it – it comes looking for us.

However, Big Tech's dominance over the news has come at a high cost because they refuse to fairly pay local publishers for the journalistic content that fuels their platforms; as a result, local papers that have been the cornerstones of their communities are being replaced by black box algorithms written by Silicon Valley coders that present their users with content that reinforces their existing beliefs, promotes political partisanship, and spreads conspiracy theories.

Since 2000, newspaper circulation has dropped by half, with 31 million fewer daily newspapers in circulation in 2020, and the vast majority of U.S. counties with no regular newspaper – "news deserts" – are in rural areas.

Congress must hold Big Tech accountable for their use and abuse of local papers and prioritize passing bipartisan solutions like the Journalism Competition and Preservation Act (JCPA) during the lame-duck period, or risk making Facebook America’s de-facto local news source.

The JCPA levels the playing field for small and local outlets to collectively bargain with Big Tech to use their content. It is ideologically neutral, incentivizes publishers to hire more journalists, and protects free speech and press. In our highly polarized times, 70 percent of Americans support the JCPA as well as both Democrats and Republicans in Congress because the JCPA is ultimately about basic fairness.

Local publishers work tirelessly to report news and write content, yet Big Tech companies are the ones who profit most from their work. This is fundamentally unfair, and the JCPA will bring about much-needed change.

Big Tech's allies will say that the JCPA only purports to support local papers, but it will ultimately allow Big Tech and Big Media to, undermine the First Amendment and empower extremists.

Each of these claims is categorically false.

The JCPA explicitly only benefits small and local publishers and severely penalizes Big Tech platforms if they do not negotiate in good faith. A recent amendment to the JCPA by Senator Ted Cruz even prohibits the media and Big Tech from negotiating over or agreeing to censor content. Lastly, thousands of hometown papers across the political spectrum support the JCPA – hardly the extremists that Big Tech's cronies would make them out to be.

Local papers cannot afford to wait several more years of Big Tech’s use and abuse, and the time to take action to stand up to Big Tech is dwindling. The Senate Judiciary Committee has already taken action to advance the JCPA to the Senate floor. We hope the rest of Congress passes the JCPA before the end of the year to rein in Big Tech and restore fairness to local journalism, one of the most important checks and balances we have against corporate power and government corruption, before it’s too late.