A Real Way to Stop the Violence

A Twin Cities entrepreneur is creating an economy that works for everyone with a unique pop-up market. 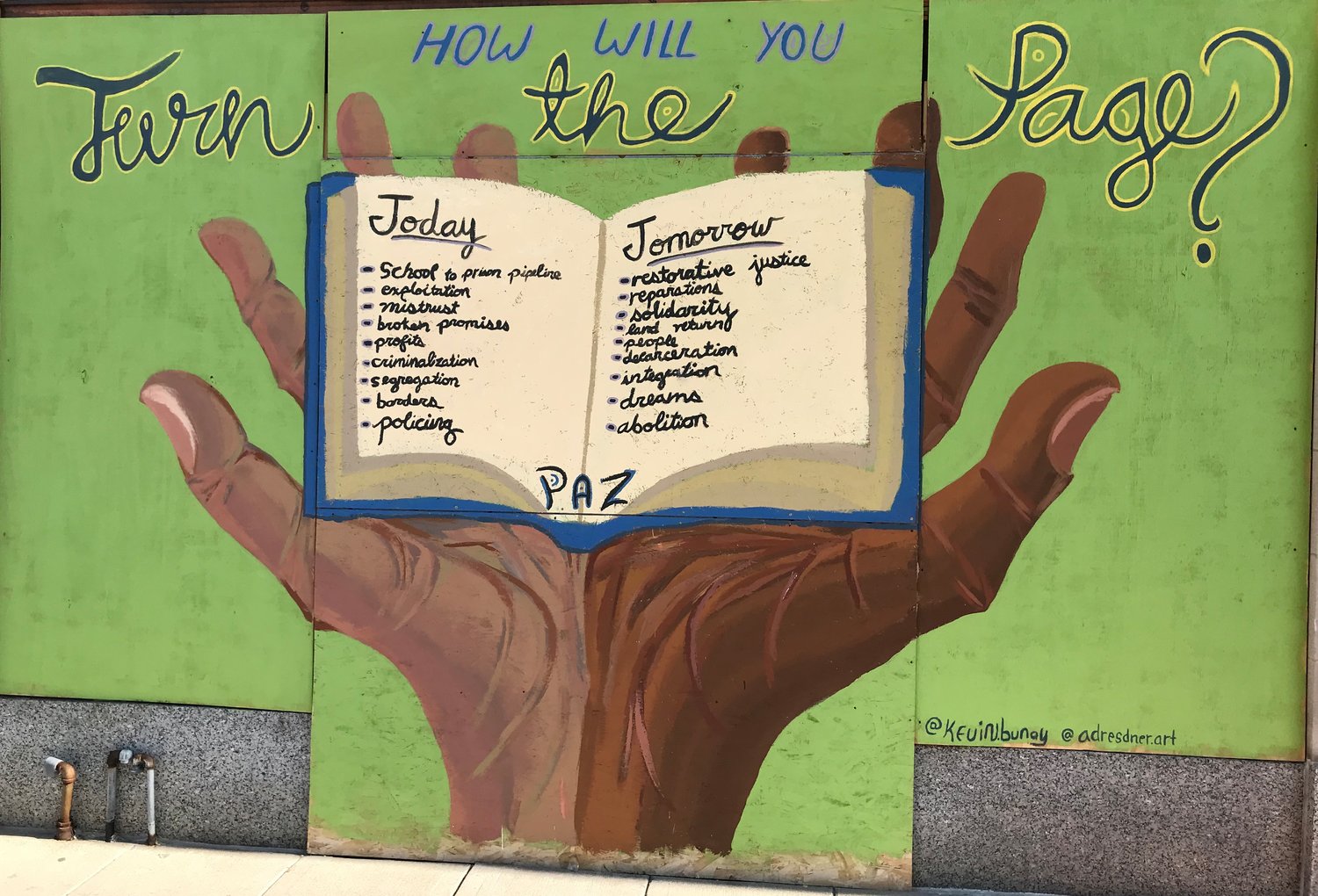 In Minneapolis, public safety remains an open wound. ​​There has been no slowdown to the shootings, carjackings, robberies and other criminal acts that plagued the city in 2021. Minneapolis now ranks among the most dangerous cities in America after being considered one of the best places to live for years.
Crime is only one part of the equation. Many residents also have concerns with the Minneapolis Police Department and a criminal justice system that breeds injustice.
Leaders admit there is a problem. They acknowledge a racial disparity in public safety. Residents are tired of being told, “Sorry.”
That response to public safety is not good enough. The people of Minneapolis deserve better.
But how can we expect the people who created the mess to know how to clean it up? The system is broken. We need a new way forward that works for every person.
As famous engineer, architect and inventor Buckminster Fuller said in the mid-20th century, “You never change things by fighting the existing reality. To change something, build a new model that makes the existing model obsolete.”
Fuller was most famous for popularizing geodesic domes in the United States in the 1950s. These domes are the most efficient structures in the world, and Fuller wanted to use them to make shelter available to 100 percent of humanity. He wanted to “make the world work” for everyone, “in the shortest possible time, through spontaneous cooperation, without ecological offense or the disadvantage of anyone.”
The clock is ticking for “Spaceship Earth,” a term Fuller, an early environmental activist, coined. Everyone has a role to play to stop the violence that permeates our culture. We all need to work together to do this and create communities that work for everyone.
Marsha Magdalene, an entrepreneur in the Twin Cities, is doing just that. Magdalene is the founder and CEO of Bread, a unique pop-up market for retail businesses. Bread is home to many Black-owned brands and businesses from traditionally underrepresented communities. She gives businesses a space to sell their goods and gives business owners more control of their businesses. This way, they can keep their profits, get retail experience and grow their brands.
Her entrepreneur spirit came from her roots as a child of Hmong immigrants. Her family’s expertise in farming helped create income during their early years. The exposure to serving the vegetable needs of others set up the foundation for Magdalene’s entrepreneur drive.
The turning point for Magdalene came in 2019. She was laid off from her job, and the thought of not being able to provide for her son and losing everything drove her. Magdalene promised to never again be put in a helpless situation.
Bread started when Magdalene’s son, Aniki Allen, was starting to develop his own bow tie business as an 11-year-old. A third-party seller had to be used, but the profit cuts were discouraging after he put so much time and effort into each handmade bow tie.
Magdalene wanted to be able to control their own destiny. She looked for a retail space she could operate on her own terms. Community spaces were full or denied access. The mall gave her a place to maximize benefits and empower communities.
Today, Bread has two permanent locations, at the Maplewood Mall in St. Paul and the Northtown Mall in Blaine, with pop-up events across Minnesota. They have had more than 22 businesses go through Bread. Some of them have become their own retail stores.
Magdalene has a five-year plan to be in over 100 malls and give small businesses around the world a retail platform.
Bread’s pop-up market is coming to Uptown this summer. As part of a community building initiative, Bread and the Lowry Hill East Neighborhood Association are planning to host four monthly Twin Cities Community Building Pop-Up Markets at Mueller Park in the Wedge. The pop-up markets will bring together local business vendors, restorative practice leaders, and community members for a vibrant marketplace of goods, ideas, and services.
Now business owners with unique products not typically given a chance get a chance in the marketplace. They can thrive in their own economy. Bread is growing communities one business at a time. Marsha Magdalene is creating a fair environment that provides economic opportunities for all.
This type of economic empowerment and opportunity can play a key part in driving change and creating a world free of violence that works for everyone.