COMPETITION FOR SPACE ALONG S. HENNEPIN

With limited space, bicycle and bus lanes win out over parking in city’s proposal for redoing main street through Uptown 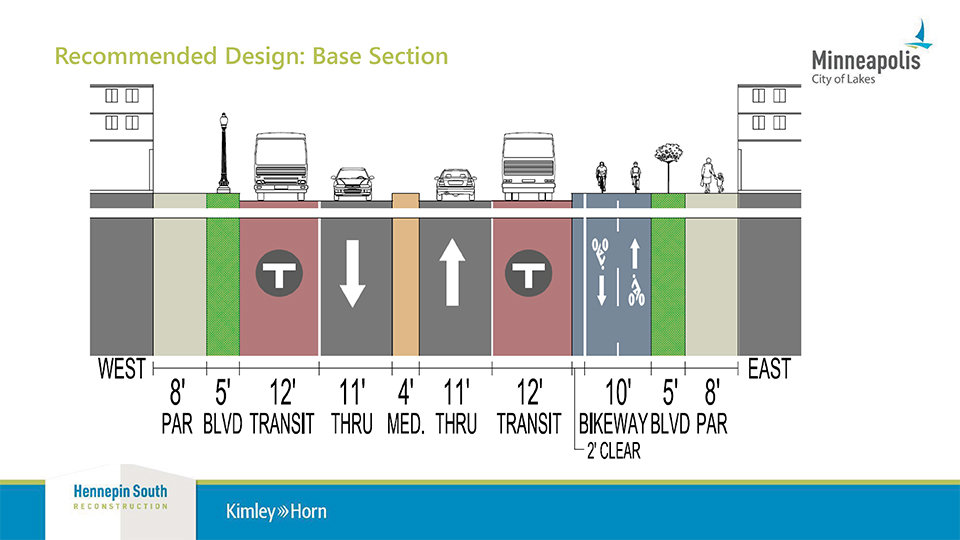 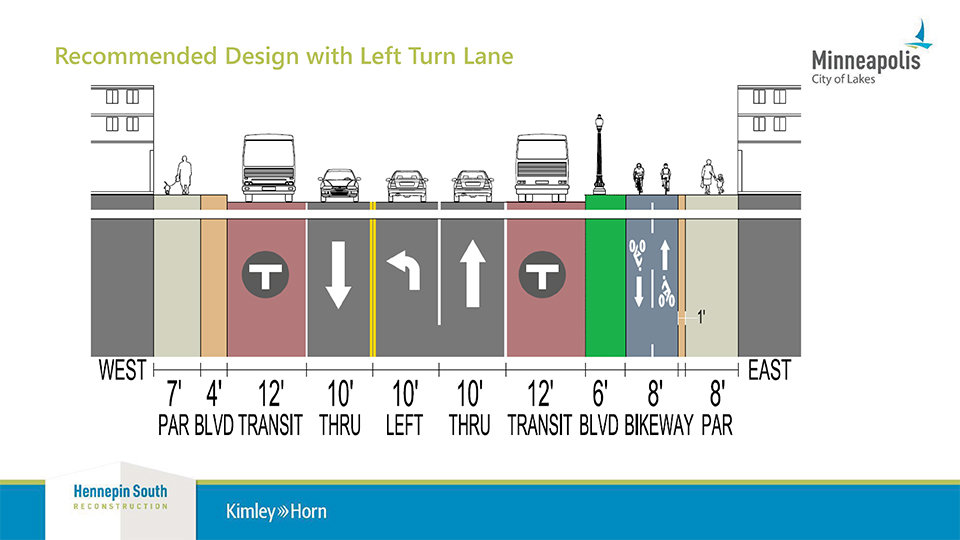 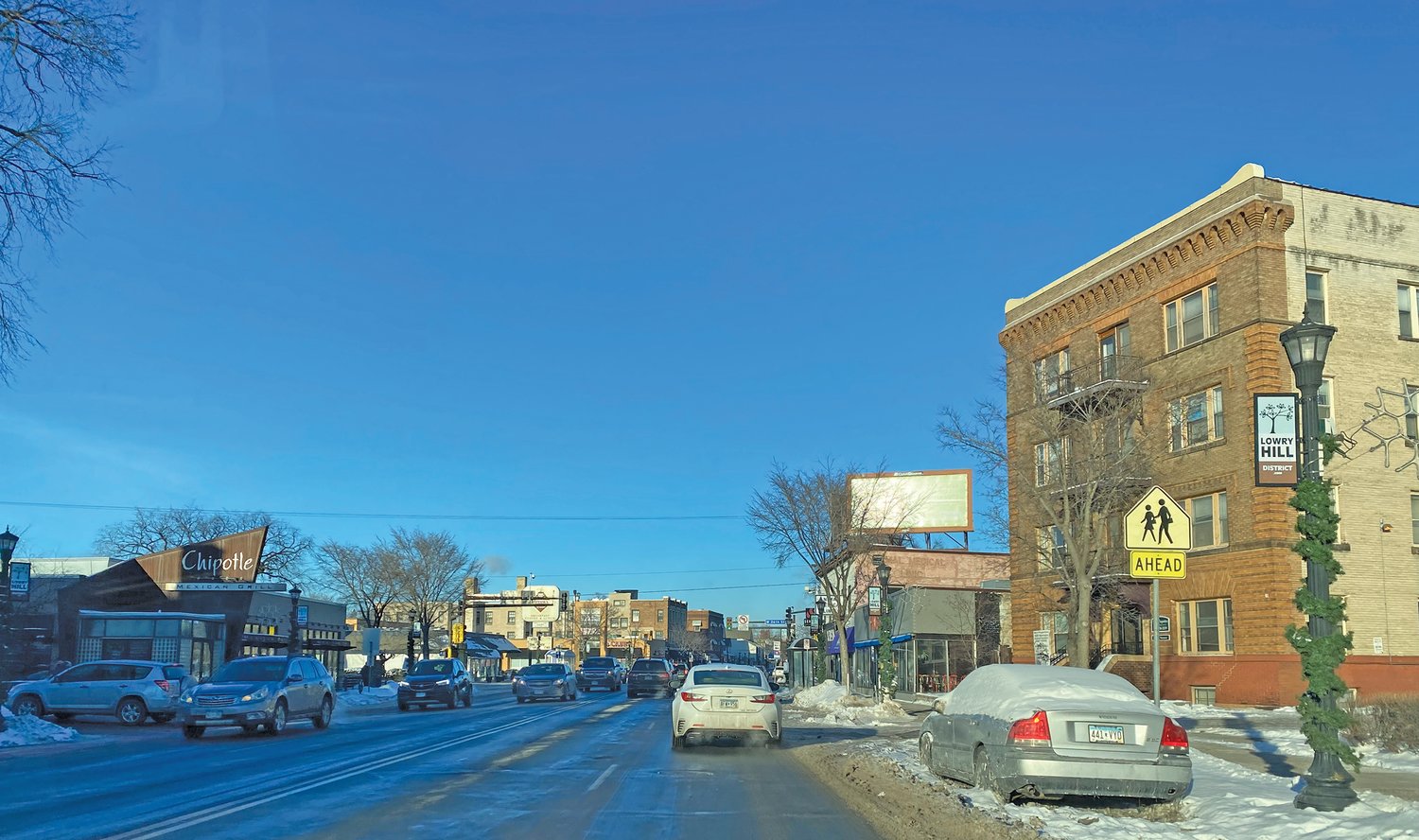 In all, 115 Uptown businesses collectively asked the city to conduct “a more thorough analysis, update studies and ultimately begin to incorporate the views, suggestions, and proposals of the Hennepin Avenue business community into a new plan for Hennepin Avenue that is truly inclusive for all.”

They submitted a letter stating:

• “Pre-2020 assessments and assumptions used to inform the design are no longer valid or should be re-evaluated.

• “Design alternatives were not adequately examined. Eight months ago, we were presented with Options A and B. We made it clear we needed to see additional alternatives; nothing was offered. Specifically, a third option with suggested modifications which led to a compromised design was requested but never considered or presented.

• “The elimination of parking along Hennepin from over 300 stalls down to 20 puts an undue hardship on businesses that are trying to recover from civil unrest, high criminal activity, and the pandemic.

“The design failure of Hennepin Avenue South between Lake Street and 31st Street is a glimpse into what the future holds on the current path. That first phase has led to a botched urban space in the heart of our neighborhood. It is directly responsible for the exodus of longtime merchants and has created unfortunate vehicular flow and parking issues. Allowing for meaningful participation from the most directly affected stakeholders will ensure a better outcome for all.”

Judy Longbottom of the UPS Store (2801 Hennepin Ave. S.) signed the letter. She recently spent over $200,000 moving and remodeling for the future. “We are fortunate to have some dedicated parking, and even with that cars are parking illegally in the bus lane daily in front of our store or across the street at the meters and running across Hennepin Avenue traffic to drop packages, pickup sandwiches and run their errands,” said Longbottom. “The need for parking is significant and should not be ignored.”She added, “The amount of space being provided in this corridor for bicycles in our climate just does not make any sense with the finite amount of space on Hennepin Avenue. Some of this space could be used for parking cars. Cars provide necessary customers which sustains commerce which drives our tax dollars which helps keep a vibrant city alive and thriving.”

In a one-way presentation on Thursday, Jan. 13, 2022, city staff acknowledged that there are competing desires for S. Hennepin Ave., and they can’t all be addressed in the final plan.
In the comments made so far, some want support for better bike lanes. Other are concerned there isn’t enough on-street parking. There is support for bus-only lanes. People are concerned about traffic congestion on Hennepin Ave. and also on neighboring streets. There is interest in pedestrian-friendly streets with greening, sidewalk cafes, and sustainable stormwater features. Some have asked that the project be delayed.
“There is a finite amount of space,” stated city senior transportation planner Becca Hughes.
The proposed plan removes 92% of parking, dropping 311 existing spots down to 20 parking/loading spaces. Meters will be added to encourage turnover. It designates 24/7 bus-only lanes and leaves one lane for vehicles in each direction instead of the two that are there now. It narrows vehicle lanes so that the crossing distance drops from 60 feet to between 50-54 for pedestrians and bikers.
Medians will be installed to restrict left turns at all intersections except 22nd, 24th, 26th and 28th. Left turns will be restricted at most signals from 7-9 a.m. and 4-6 p.m. Seven driveways will be closed.
Sidewalks ranging from six to eight feet will be added on both sides of the roadway, along with bike-only lanes that are eight to 10-feet wide on the east side.
City staff pointed out that Hennepin Ave. is on the city’s high injury network, and pedestrians and bicyclists are over-represented in crashes. It is also on the city’s pedestrian priority network.
About 200 people attended a virtual open house. City staff gave a presentation, and then picked questions to answer from those submitted anonymously directly to them. Attendees could not see who else was in attendance or hear their statements. There was no chat feature.
City staff observed that this plan follows the city’s transportation action plan which prioritizes transit options over parking, increases transit reliability, and encourages people to use transit. Additionally, “This is an important bicycle corridor in the city,” said Hughes.
“There’s a lot of competition for space.”
Learn more about the project details at www.swconnector.com.

* Editor's note: Our print publication erroneously refered to this as the E. Hennepin Ave. project.