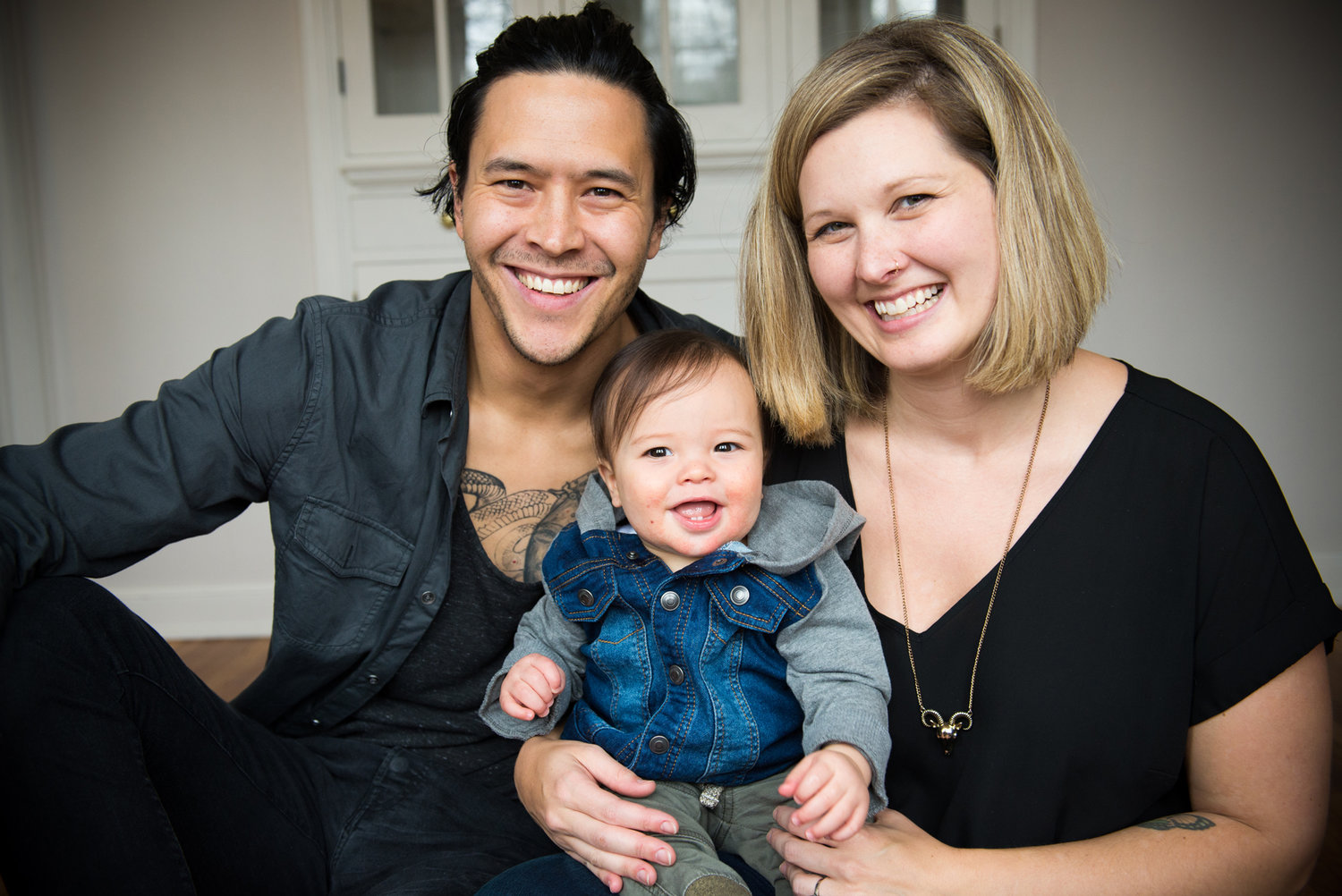 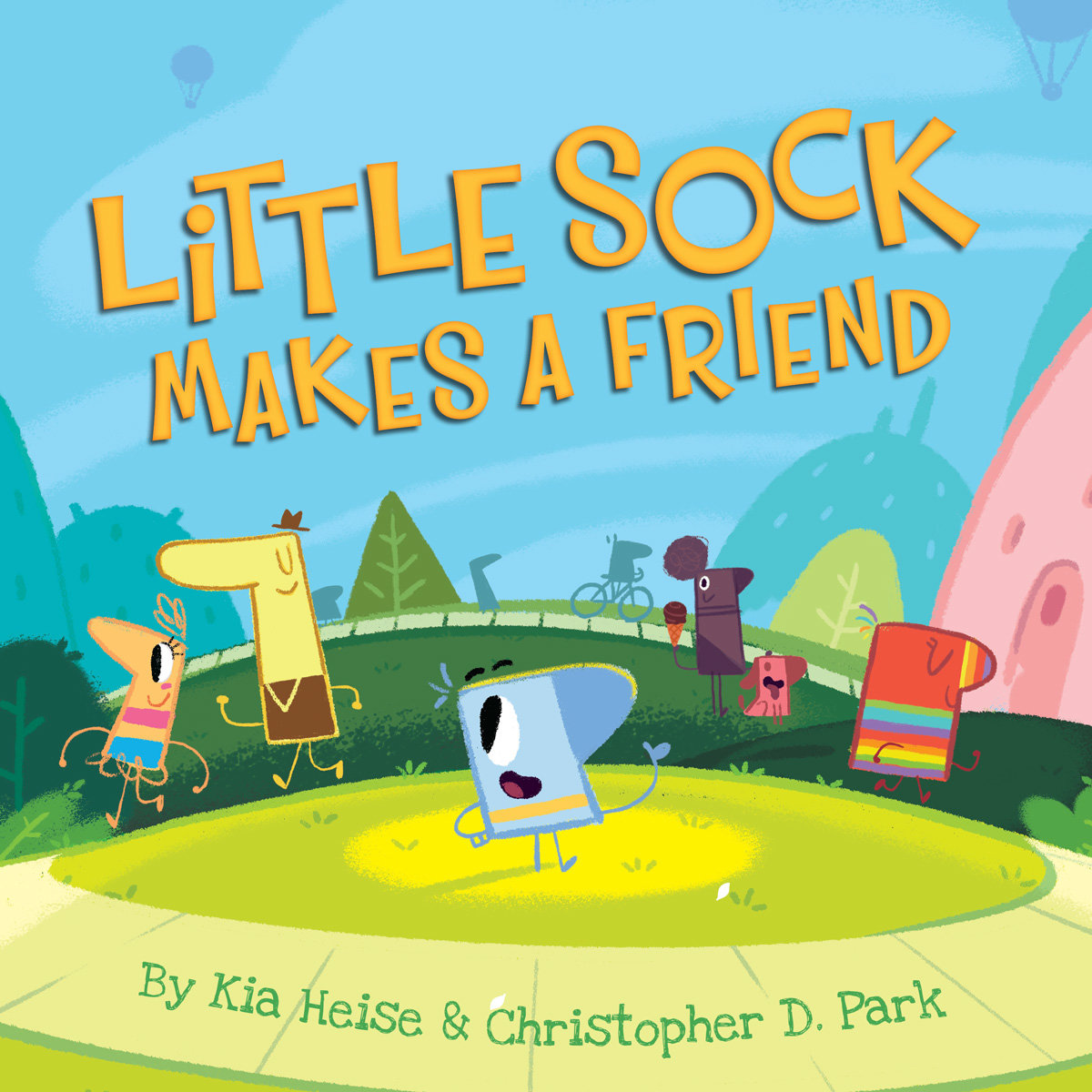 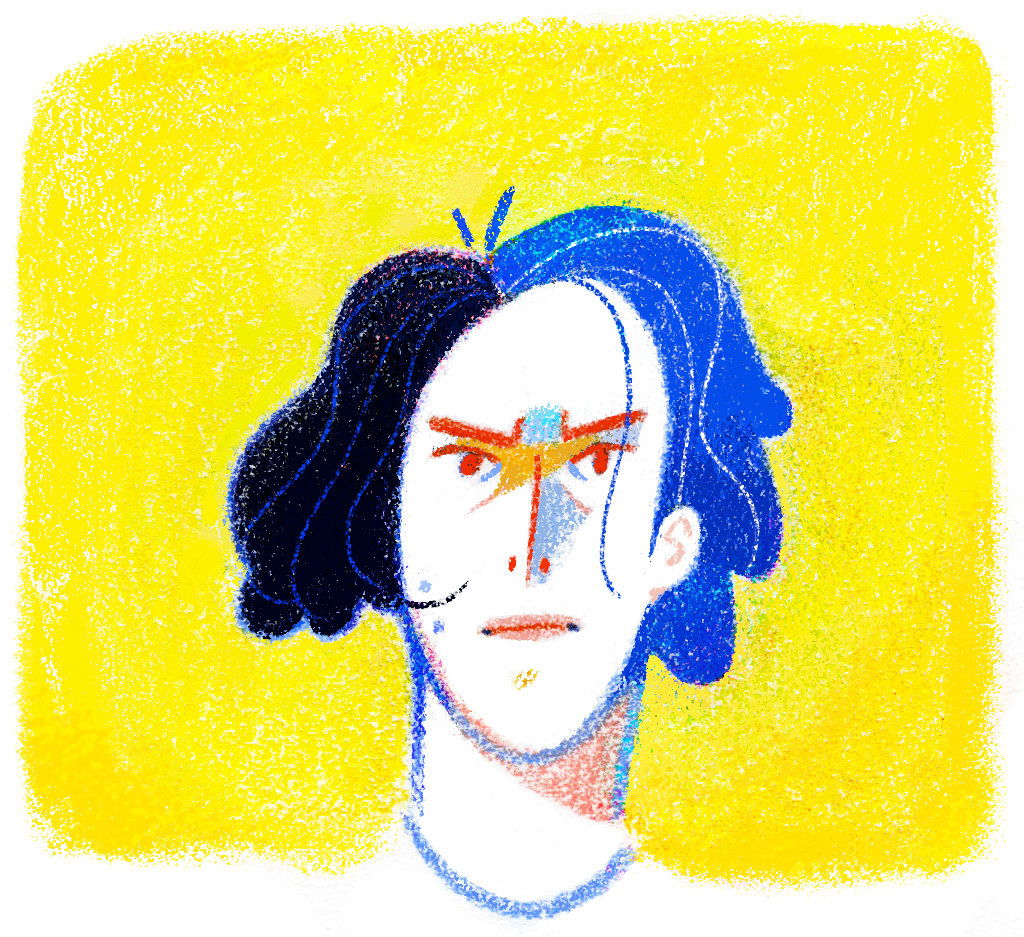 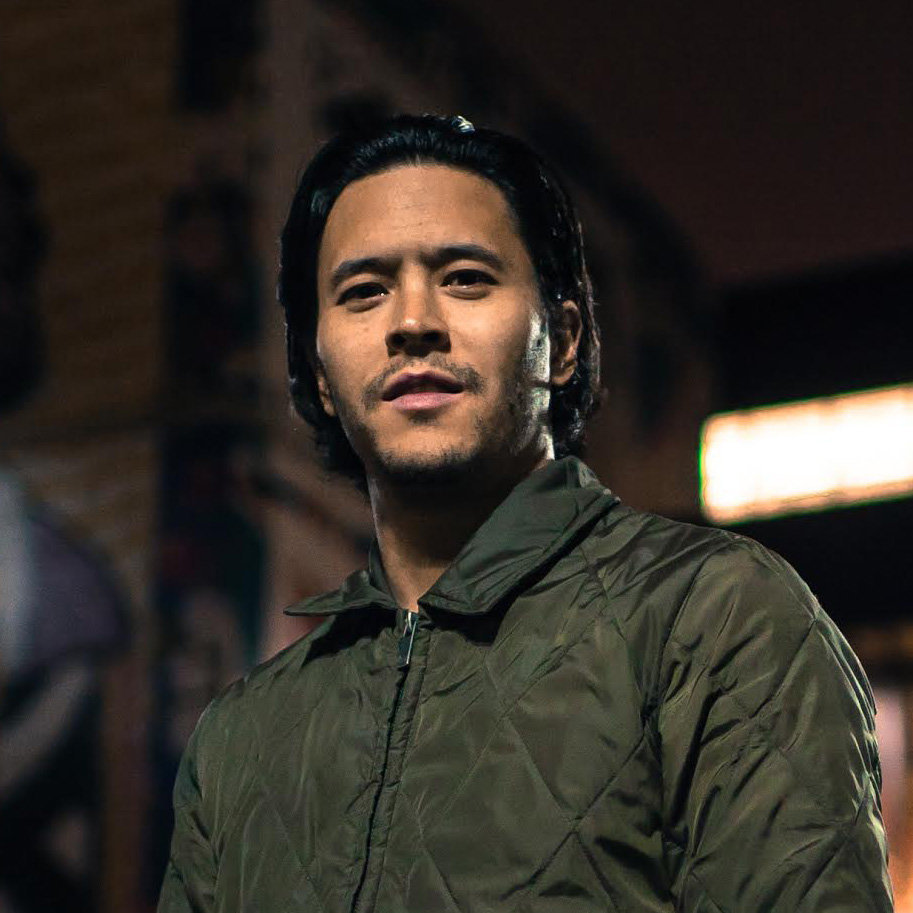 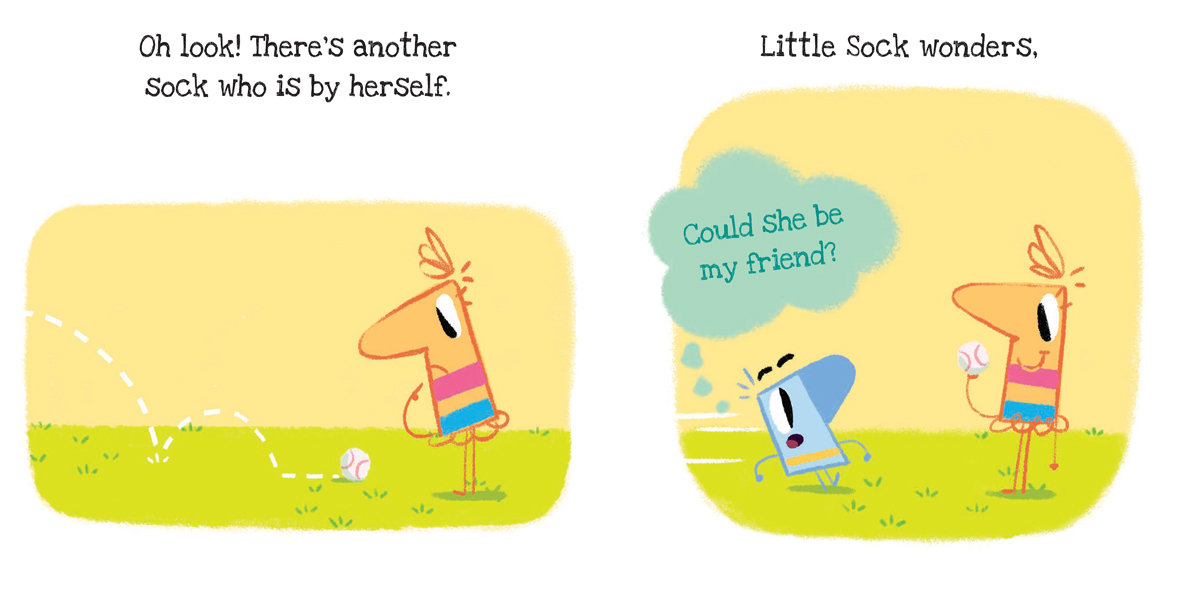 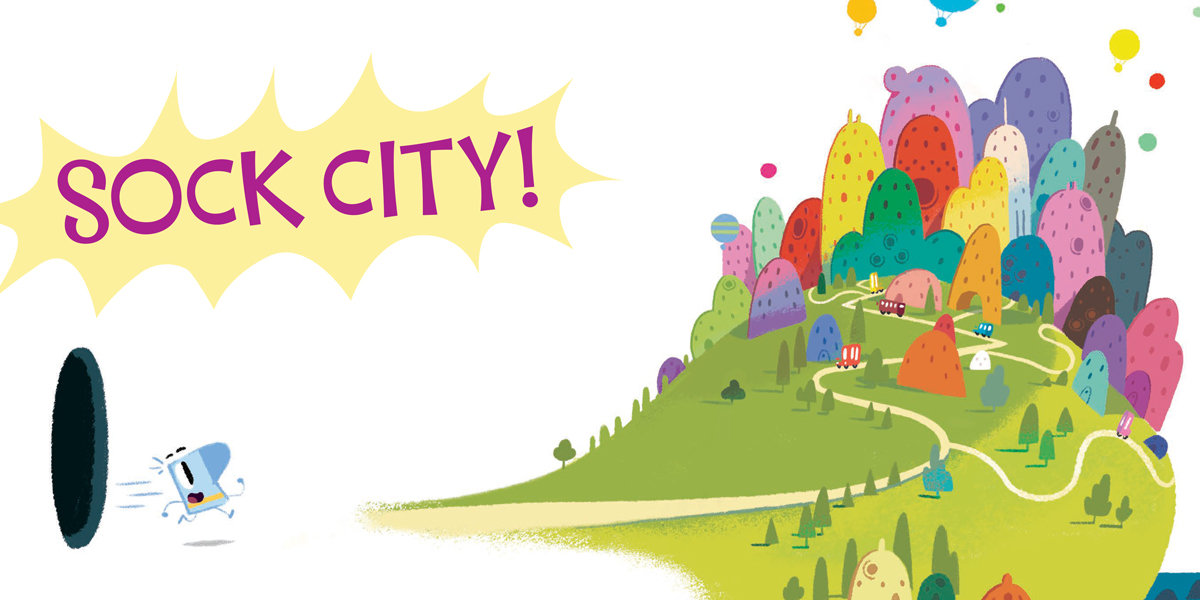 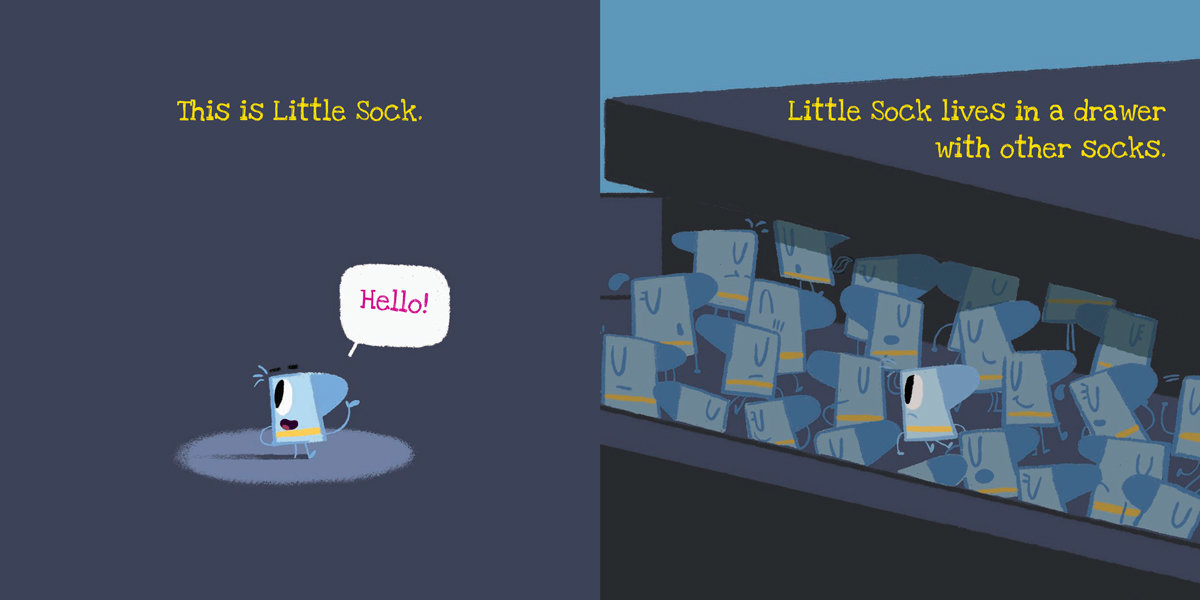 Little Sock steps out, and the colors are brighter. It represents that people are different, and there is a visual smorgasbord of different things happening. You can read the book, come back to it, and see new things that make it worth coming back to and rereading over and over.”
Chris D. Park
By Jan Willms

Like everyone else, a sock needs a friend. And with that in mind, Kia Heise and Chris D. Park wrote their second children’s book “Little Sock Makes a Friend.”
The book by the Nokomis neighborhood couple is a sequel to their first book, “Little Sock,” where young readers learn about Sock City, the exciting place where lost socks gather.
Little Sock has ventured to Sock City, but he finds there are some things to do that just are better with a friend. So in this second book in the series, he sets off to make one.
Park and Heise decided to make the theme of their first book an answer to the age-old question “What happens to lost socks?” That book focuses on the bravery of trying new things and opening up to new adventures. Their second book shows young readers that even though it might be scary, it is worth it to reach out and make a new friend.
Heise is an instructor in sociology. “To get your PhD in sociology requires publishing a lot of work, but it is very different from writing a children’s book,” Park said in a recent interview. Park has been a commercial illustrator, displaying his art in Rolling Stone, on PBS and various TV shows.
“This is fulfilling in its own way, but making picture books is something I was drawn to,” Park said.
The couple wrote and illustrated their first book on a whim, shortly after their first son was born. “We worked as partners, and luckily we enjoyed each other,” Park noted. “It blossomed into the beginning of a series. Sleeping Bear Press liked the first book enough to take a risk on publishing it, and then the second one.”
Park said that although the second book was dialed in, it came with its own challenges. “How do you make a sequel, yet it has to be the same?” Park said he had to give credit to their editors. “I wanted to take the book to some kind of crazy places. They told me they were great ideas, but to make it stick to a series.”

Getting back out into the world
Park said he and Heise are finding out more and more with their recent book that it seems relevant to how people are feeling during the pandemic. “Getting back out into the world seems a little jarring, but we hope the book helps kids feel that even if things are scary, the characters are teaching them to be brave and try new things,” Park said. “We’re finding a lot of relevance to the story after it was published.”
The message of the book can also apply to adults, according to Park. “You get comfortable after awhile in a situation, and you don’t go out and make new friends.” He said one thing that he finds cool about the story is that it can mean different things after it is written. “We had a vision, but it is affecting people in ways we originally did not think about,” he said.
Park did the illustrations, but they both worked on the writing. “We totally could have stayed in our own lanes,” he said, “but it seemed like a missed opportunity to not put our heads together.”
He said Heise did all the proofing and editing. “I am such a bad speller,” he admitted. He said she kept everything grammatically correct.
With the series, the authors are having the artwork silently tell stories. “Whoever is reading the book, we want them to point to an illustration and discuss it. We want them to explore the emotional side,” he remarked.
The emotional side of the book is something they had not anticipated. “We initially didn’t plan for the social and emotional feelings,” he observed.
Park said that when they presented the book to educators and librarians at a conference, it showed him how green he was and how great educators are. He said they discussed how the book could be used to help kids. “As more time went on, it became less about this fun little thing we do, and more about how this book can help children explore emotions.”
Because “Little Sock Makes a Friend” is a sequel, he was already doing sketches for it when they started working on the book. For their first book, he imagined people as socks and saw them as socks. He took a notebook and spent time sketching people’s faces, then drawing them as socks. “It was an interesting challenge, because the shape of a sock is very recognizable. I needed to keep the shape the same, but have every sock look different.
“Normally we do all the writing first and then sketch out the rough images of how the story might progress. We build on top of it, do a skeleton first and then the features, like building a house.” This time, since the look was already established by the first book, the writing and sketching were in tandem.
“I think another feeling with this book is that it was like a Wizard of Oz thing. Little Sock steps out, and the colors are brighter. It represents that people are different, and there is a visual smorgasbord of different things happening. You can read the book, come back to it, and see new things that make it worth coming back to and rereading over and over.”
The many colors and details of the characters and Sock City are reminiscent of a Richard Scarry classic.

Up next
Park is currently working on illustrating a book with another Minnesota author, John Coy. He is also working on a manuscript that he is both writing and illustrating.
“Now that I have dipped my toes in the writing pool, I realize it is not an easy thing to do,” Park said. “A lot of people have great ideas, but to write it and fit it into 32 pages is hard.”
Park said it felt natural switching from the commercial art world to the publishing world – except for the pace. Commercial illustrating has quick deadlines, but publishing a book can take up to two years from the time you first get the publishing deal.
“For my job, I get to stay home and draw pictures,” Park said. His family now includes two young sons, and the older one likes the Little Sock books. “I don’t think he realizes Mom and Dad wrote it, but I am glad he is not bored of it.”
Park said with his work, he loves the idea that he may never want to retire. “You know you’ll never perfect (your work), but you keep working at it.”