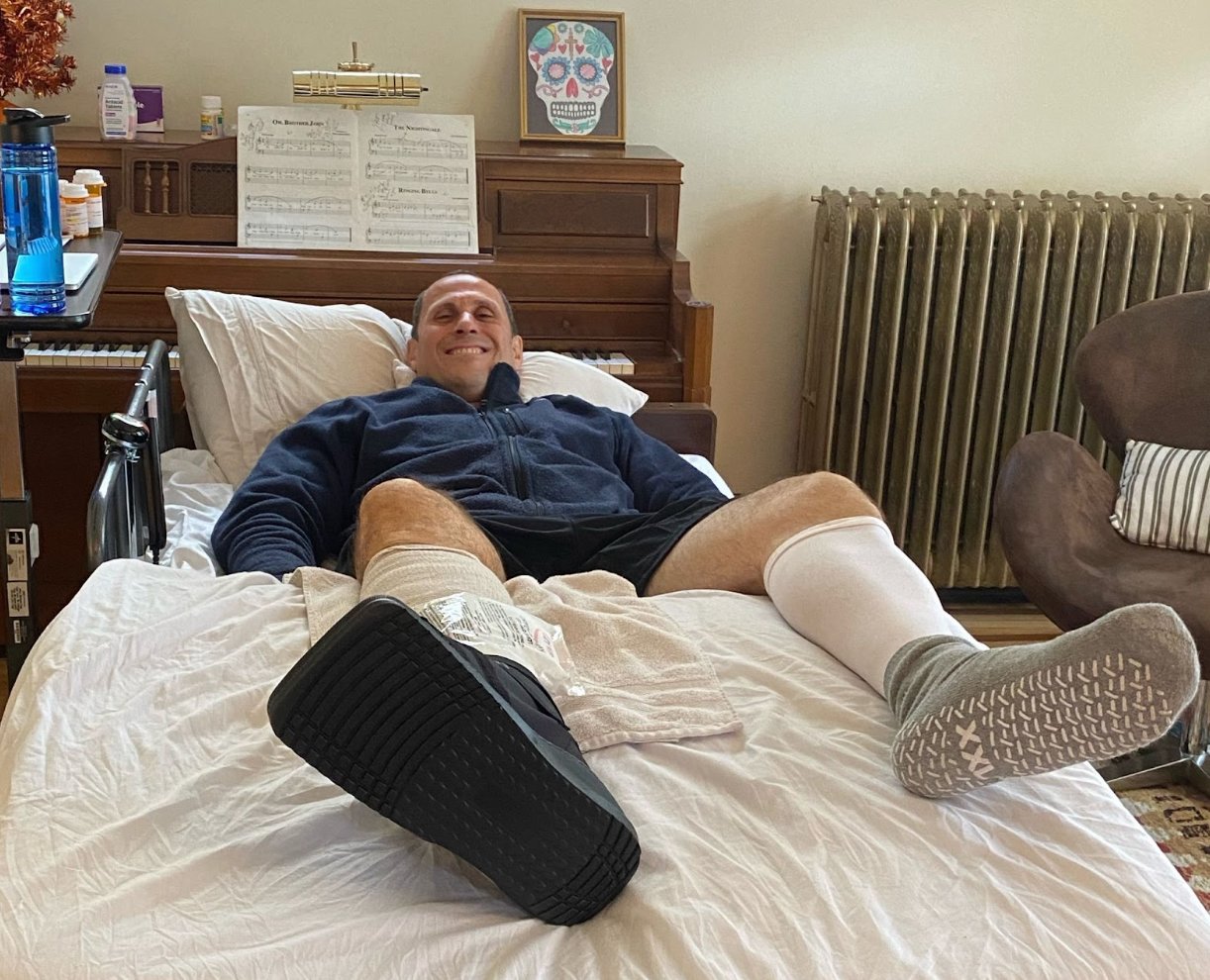 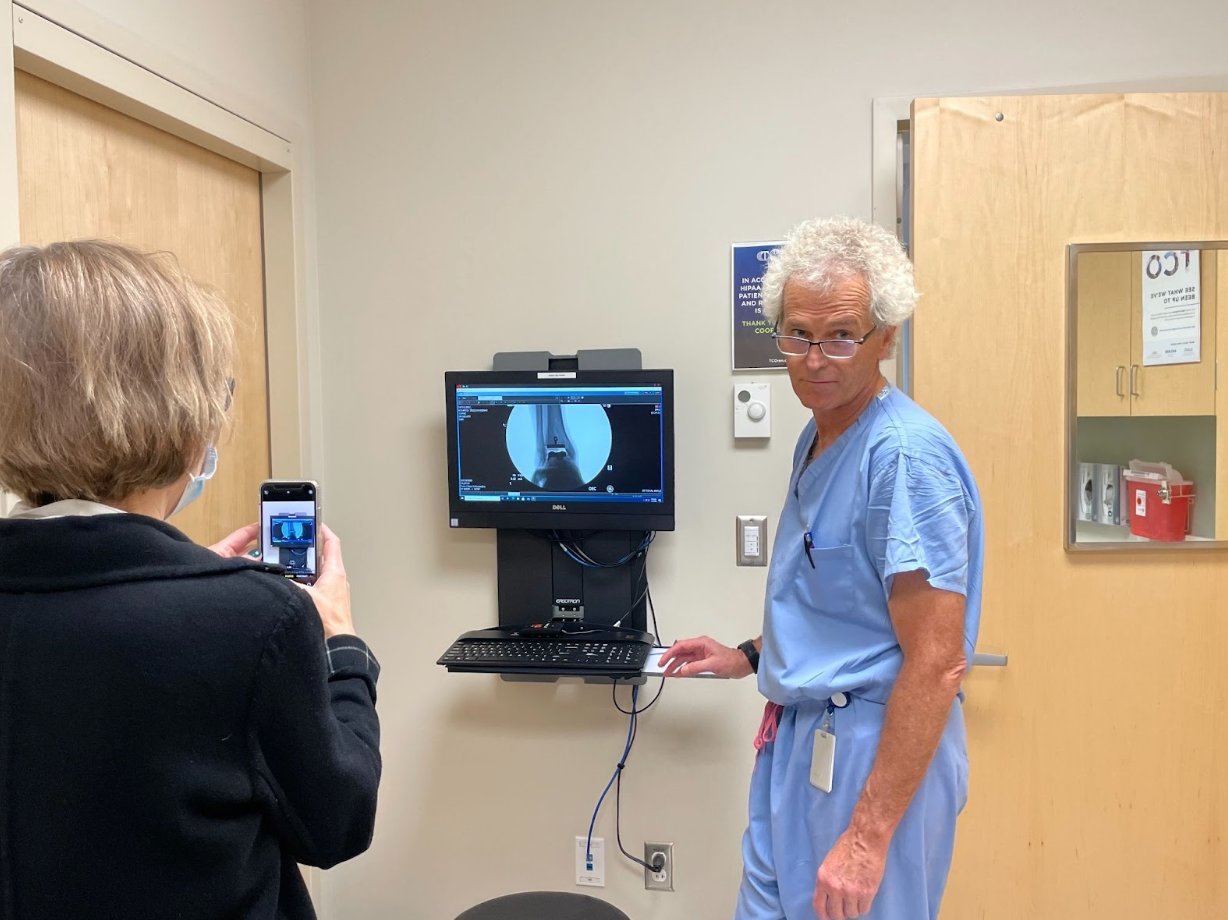 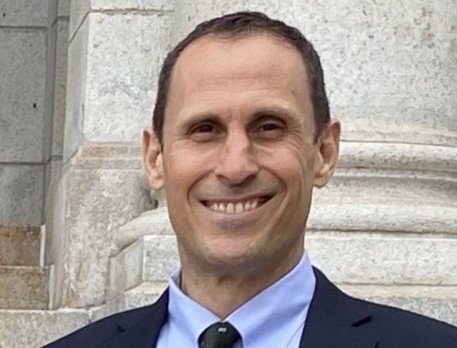 Eric Ortiz lives in the Wedge with his family. When he’s not community building, he’s the director of media for Big Edition and writes bilingual children’s books with his kids. Their first book, “How the Zookalex Saved the Village,” is available in English and Spanish.
Previous Next
Posted Thursday, November 17, 2022 2:22 pm
Eric Ortiz

Pain is a terrible thing. Whether it's physical, emotional, or mental — pain hurts. I was in a lot of pain for many years. It was my right ankle. The pain was chronic and had become so bad in the last 18 months that I could not walk without pain.

Every step I took hurt. I could not put weight on the ball of my foot. The more walking I did, whether it was to the store or mowing the lawn, the more my foot hurt. Simple exercises, like jumping jacks or jumping rope, now hurt. Going up and down stairs hurt. Even just standing became uncomfortable at times. Some days were worse than others and left me hobbling around like a rickety old man. Some days, the pain was so bad I had to crawl on the floor to move around.

I was born in 1973. I am 49 today. Even though my 10-year-old daughter says I'm old, I never felt old. Two winters ago, I was jogging around our neighborhood in the snow. I was a former Division 1 athlete who played baseball in college. I dunked basketballs in high school on an 11-foot hoop. This was way too early in my life to feel like this.

I broke my right ankle in 1992 when I was 19. I had surgery to fix it and learned to live with a screw in my ankle. Thirty years of wear and tear, and active living, got me here. I have seen lots of doctors over the years. Gotten multiple opinions. I needed another one.

I found one of the best foot and ankle doctors in the world, Dr. J. Chris Coetzee. He's based in Minneapolis and part of Twin Cities Orthopedics (TCO). He's also one of the team doctors for the Minnesota Vikings and a member of the NFL Physicians Society. He is the best of the best.

When I called to make an appointment in the summer of 2021, they said Dr. Coetzee was booked until 2022. I needed relief before then. They recommended I see another sports medicine physician in their group. If surgical consultation was needed, their team would let Dr. Coetzee's team know.

The medical conclusion: Severe osteoarthritic and/or posttraumatic changes of the tibiotalar joint. Chronic appearing sprain injuries of the lateral ligamentous complex and deltoid complex. Tendinosis of the posterior tibalis, peroneus longus and peroneus brevis. Tenosynovitis of the flexor hallucis longus tendon sheath can be seen.

Translation: Your ankle is shot. It's about the size of a softball. You have bone spurs, bone fragments, and no cartilage. Every step you take is bone on bone. Bone. Hitting. Bone. That's why every step feels like you're being hit with a sledgehammer.

They recommended I see Dr. Coetzee. He and his team reviewed the X-rays and ankle.

I needed to think about it.

I had dealt with pain before. I broke my neck as a freshman in high school, playing football and making a tackle. I had to wear a halo with four screws drilled into my skull for three months. A screw got loose and had to be moved. Then, it got infected. I had to stay five days in the hospital. The screw had to be moved again. Screwed into another spot in my skull.

The halo wasn't much fun. Most medieval torture devices aren't. The physical pain left scars but was temporary. The emotional wound took longer to heal. I could not play football anymore after that injury. A dream died. The whole experience made me stronger. Nothing could be worse than this.

I decided to get the ankle replacement surgery and scheduled it for April 2022. Then, life happened. I had to postpone the surgery. My wife thought I would never reschedule it. We took a family trip to Lake Louise, Canada, in August. After I walked/hobbled/gritted through miles of hikes, it was time.

I had surgery with Dr. Coetzee on Oct. 19. The procedure lasted 30 minutes. Everything went great. The care coordinator, nursing staff, anesthesiologist, physician assistant and surgeon are all outstanding. They are the A-team in every way.

I am now in a walking boot (50 percent weight-bearing with crutches) and will start physical therapy in December. I don't feel pain in my ankle anymore. I look forward to a healthy quality of life.

And not just for me. Everyone deserves a future without suffering.